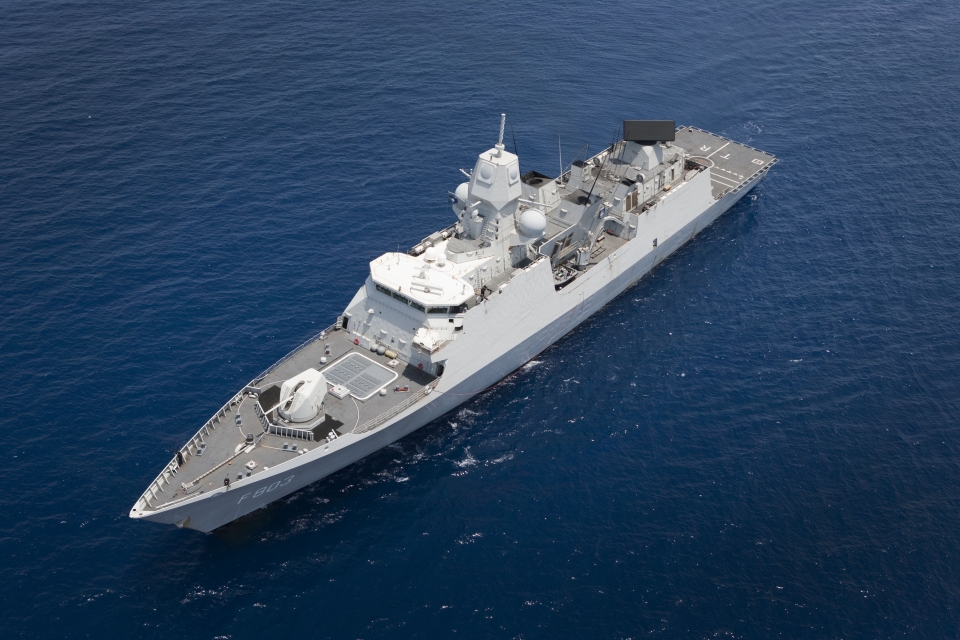 In 2019, the Dutch Ministry of Defence decided to keep the air-defence and command frigates in service five years longer. The first of the four frigates will retire in 2032 and the last frigate in 2035.

With the changed geopolitical situation, the Ministry of Defence says it has to consider more than before opponents with modern technology, including state-of-the-art anti-ship missiles. Because of this threat, the frigates must be able to detect electromagnetic signals as well as disrupt them. The current equipment for this purpose is outdated. Given the expected increasing threat in the coming years and the longer lifespan of the ships, replacement of this equipment is necessary.

All four frigates will get improved passive electromagnetic signal detection equipment. This will allow the frigates to detect adversaries earlier and anticipate that threat.

Two frigates will also get new active jamming equipment (jammers) to jam modern anti-ship missiles from an adversary. These missiles are very fast and can perform complex and unpredictable flight profiles. The jammer interferes with the anti-ship missile’s own radar. This makes it more difficult for this missile to get the target properly in sight and to use its complex flight profiles.

Besides the jammer, the frigate also deploys other means of deception such as chaff, a cloud of metal strips. All frigates already have these. The jammer enhances the deception effect of the chaff.

The frigates that get jammers will also be equipped with the new ESSM (Evolved Sea Sparrow Missile) Block 2 air defence missile. With this ESSM missile and the jammers, these two frigates will be optimally resistant to the threat of modern anti-ship missiles.

The two frigates that will undergo maintenance first, will not be provided with jammers. This is because these vessels can only make use of this system for two to three years before going out of service in 2032-2033. This is also the reason these ships will not be equipped with the ESSM Block 2 missiles: for that, the required APAR radar comes too late.

While the first two ships will not receive jammers, they will have the passive observation equipment that will give them a better picture of the operational environment. The ships remain suitable for tasks such as long-range air defence, command ship and as a sensor platform for defence against ballistic missiles. These frigates can also perform other tasks such as that of station ship, operations for FRONTEX (the European Border and Coast Guard Agency), counter-narcotics or counter-terrorism, crisis management, or humanitarian relief.

The Ministry of Defence will also acquire a simulator. Defence needs a simulator that mimics the electromagnetic signals of anti-ship missiles. The simulator will serve to test and adjust the frigates’ equipment, and for exercises and training.

The simulator is being developed in-house by Defence in collaboration with TNO because it is not available Military off the Shelf (MOTS).

Defence plans to acquire the passive and the active equipment MOTS. In the case of the passive equipment, it involves a thorough modernisation of the current capability. The jammers involve new equipment that may also be acquired for the new anti-submarine warfare (ASW) frigates for the Netherlands and Belgium, replacing the current M-frigates. The Netherlands and Belgium are in close and good consultation on this. The Ministry will select the type of equipment in 2024.

All in all, the cost of adding this equipment to the frigates is estimated between EUR 25 and 100 million.