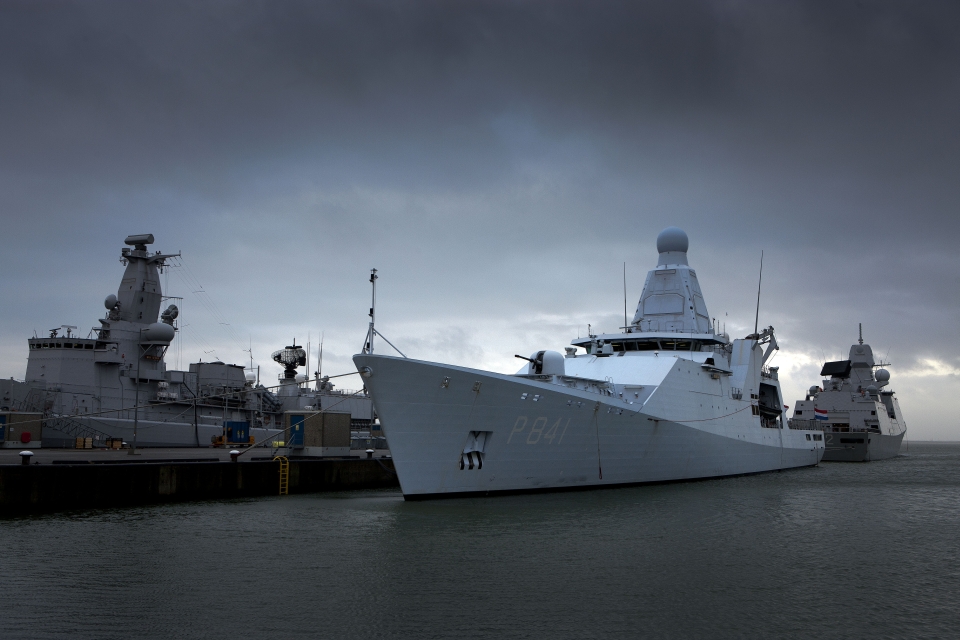 The Royal Netherlands Navy’s Ocean-going Patrol Vessel HNLMS Zeeland suffered considerable damage after a fire broke out while in dry dock for maintenance. No one was injured.

The fire occurred in the night of Sunday to Monday (4 July). HNLMS Zeeland is currently in dry dock in Den Helder for maintenance. There were no personnel on board when the fire broke out.

The ships in the dock are guarded 24/7. When the fire started around half past one, the naval fire brigade was immediately alerted. They extinguished the fire with the help of regional fire brigades. The fire was under control some one and a half hours later.

The further consequences of the fire for the patrol vessel have yet to become clear. The Dutch Ministry of Defence says the cause of the fire is being investigated.

HNLMS Zeeland is one of four patrol vessels of the Holland class. In addition to anti-terrorism and anti-piracy operations, the 108-metre-long Ocean-going Patrol Vessels (OPVs) are also used for counter-narcotics operations. The Zeeland entered into service in 2013.