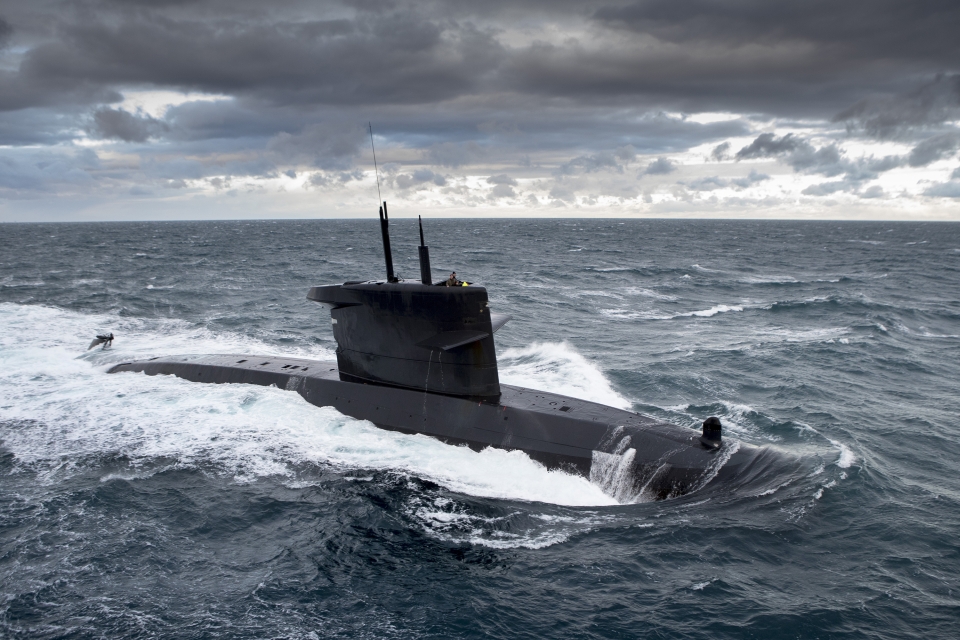 The Dutch Ministry of Defence has reached an important milestone in its submarine replacement project. The request for proposal is ready and will be sent to the three candidate shipyards in mid-November 2022. In addition, the budget for the project has been increased.

The three yards – Swedish Saab-Kockums together with Damen Shipyards, French Naval Group together with Royal IHC and German ThyssenKrupp – are expected to send in their bids around summer 2023. Defence will need several months to analyse these bids and then decide on the award. State Secretary Christophe van der Maat has written this to Dutch Parliament on Friday, 30 September.

‘This is an important project and a lot of money. We therefore did not rush to decide what kind of submarines we want and how much we want to pay for them when we put out the tender,’ said Van der Maat. ‘In addition, we want the boat to be able to be armed, the boats to be delivered on time and Dutch industry to be involved in construction and maintenance. This milestone heralds the next phase.’

As indicated in the Defence Policy Paper (Defensienota) 2022, the Dutch Ministry of Defence wants to invest in strengthening the armed forces’ strike power. The replacement of submarines, a niche capability within NATO and the EU, is an important part of this. The threat on the eastern flank of the NATO treaty area makes it all the more clear how important it is that NATO partners continue to invest in their capabilities.

For the navy, Defence is also investing in the acquisition of long-range missiles that can be launched from frigates and submarines. Dutch Parliament will be further informed about this need in 2023.

The budget for the project has been increased. This extra money was partly earmarked in the 2023 Defence Budget. Defence has also freed up money by identifying some projects from the long-term planning whose midlife update can be carried out later. Defence considers this acceptable for now, as the impact on operational readiness would be limited. The government considers the project worth this investment.

No specific amounts have been revealed. However, Dutch newspaper De Telegraaf says the four new submarines will cost at least EUR 2.5 billion, but there is also talk of EUR 4.5 billion or higher. But this has not been confirmed.

‘The submarine is one of our most important strategic weapon systems: they are virtually untraceable and powerful in every phase of conflict. We can therefore use them for many different tasks. Protecting ships, repelling adversaries, gathering intelligence and deploying our special forces. The Netherlands and NATO must be able to count on this unique capability,’ explains the State Secretary. Defence is sticking to four submarines in the tender.

Dutch industry to be involved

Defence wants the shipyards to involve Dutch industry in the construction and maintenance of the boats. This will help Dutch industry, including in the international market, and creates jobs and preserves knowledge. Therefore, the winning shipyard will have to conclude an agreement with the Ministry of Economic Affairs and Climate: a so-called industrial cooperation agreement.

‘Also, the Directorate of Material Conservation (Directie Materiële Instandhouding) of the Navy will have a directorial role in the maintenance of the new submarines. This way, we retain personnel and can invest in new personnel and infrastructure. After all, Den Helder must become a “submarine maintenance valley”,’ Van der Maat concludes.

The submarine replacement project has suffered a lot of delays already. Initially, the submarine capacity was to be replaced as of 2028 and the existing Walrus class was to be phased out by the end of 2031 at the latest. The first two new submarines are now scheduled to be available for deployment between 2034-2037.

As a result the Walrus class will see two submarines taken out of service with their parts used for the remaining two, which will be in service until the new submarines replace them.