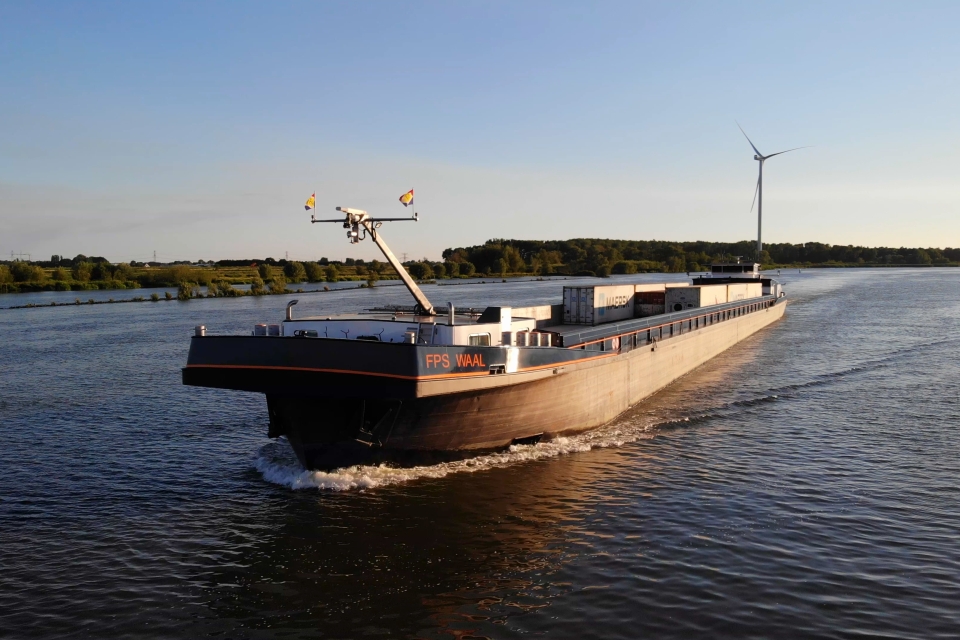 Future Proof Shipping has selected Ballard Power Systems to provide PEM fuel cells for the retrofitting of its second inland container vessel, the FPS Waal. Once the project is complete, the vessel will operate emissions-free, powered by green hydrogen fuel.

The retrofit is a similar project to that undertaken on the company’s first vessel, FPS Maas, which is expected to be sailing on green hydrogen by the end of 2022.

In order to sail 100 per cent emissions free, the vessel’s internal combustion engine will be removed and a new zero-emission propulsion system, including PEM fuel cells, hydrogen storage, battery packs and an electric drive train will be installed. Following the retrofit, the total amount of installed power will be approximately 1200 kW and the vessel will have a cargo capacity of 200 TEU.

The power capacity, size and design of the propulsion system for the FPS Waal are being optimised to handle the higher energy consumption rates on the Rotterdam to Duisburg section of the Rhine. The FPS Maas will sail between the Netherlands and Belgium.

Future Proof Shipping (FPS) has already been in discussions with several cargo companies interested in shipping their containers emissions free on this route and who are aiming to move a large part of their sea cargo to inland water transportation.

The retrofit of the FPS Waal is supported by funding from the Flagships project and Zero Emission Ports North Sea (ZEM Ports NS).

‘A key benefit of joining the Flagships consortium was getting the opportunity to work with world-leading technology companies like Ballard. Teaming up with Ballard for the provision of our fuel cells gives us the equipment and expertise we can rely on and together we are blazing a new trail towards zero-emission inland shipping for all,’ says Dirk de Jong – Project Manager, FPS.

Within the Flagships project, FPS is also working with other partners, such as naval architect LMG Marin, and project coordinators VTT. The companies collaborate to complete the engineering, fuel cell provision, and safety studies required for the vessel’s approval, applying and further developing the existing regulatory guidelines.

The objective of ZEM Ports NS is to facilitate the use of zero emission fuels (electric and hydrogen) in the North Sea Region ports and maritime sector. The project directly addresses the integration of zero emission fuels into the port refuelling infrastructure, and local energy systems, as well as, port and on-ship energy storage.