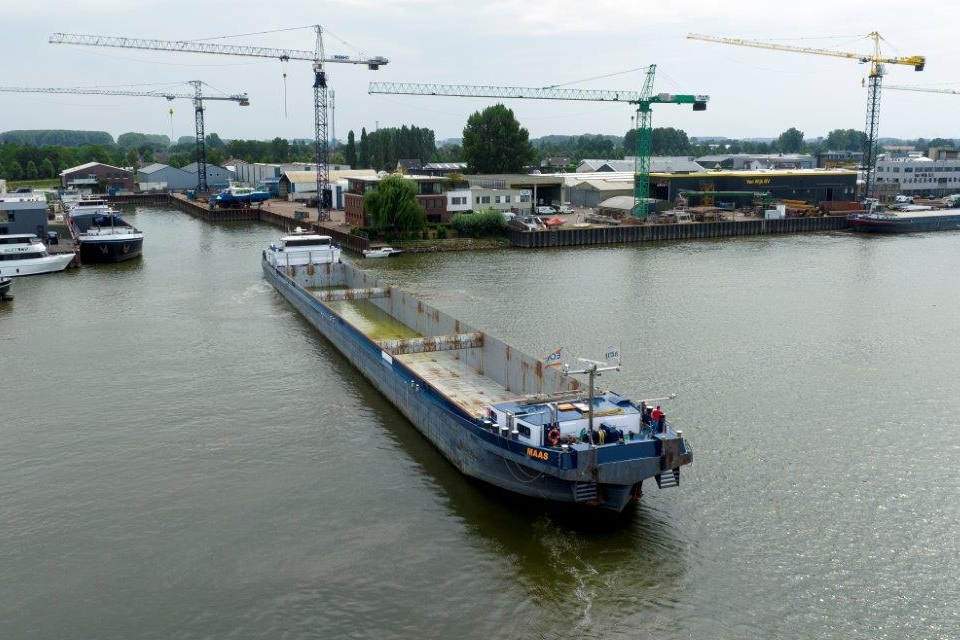 EST-Floattech has become part of the innovative inland container vessel FPS Maas retrofit project of Future Proof Shipping and Holland Shipyards Group. The FPS Maas will be refitted to operate on a hybrid H2-electrical propulsion engine.

Both Future Proof Shipping (FPS) and Holland Shipyards Group (HSG) are actively working on sustainable projects, where HSG builds or retrofits the ships, and FPS, as the shipowner, offers sustainable marine transportation services.

With the FPS Maas, FPS is en route to build and operate a fleet of ten zero-emission inland and short-sea vessels. For HSG the refit of the Maas is part of their ambition to work on a greener and more sustainable shipping industry. Dutch system integrator Oechies is also a part of this project and has hired EST-Floattech for a battery system.

In August, the inland shipping container vessel FPS Maas made its final journey on an internal combustion engine on diesel from Belgium to Rotterdam. The container ship is currently at HSG in Werkendam and after years of hard work, and months of preparation, including energy profiling, the retrofitting of the vessel can begin.

During the retrofitting in Q4 of 2022, the diesel propulsion will be replaced with hydrogen technology, removing both the main engine and gearbox and installing a new modular propulsion system. This will consist of electric motors, hydrogen tanks, a fuel cell system and an EST-Floattech battery system with a capacity of 504 kWh.

In this case, EST-Floattech’s DNV-certified Green Orca system will be used for peak shaving, secondary and bridging power. In the Green Orca system, many hard and software fail-safes are implemented to ensure safe and long-time operation of the batteries.

‘We are pleased that after previous successful collaborations, Oechies contacted us again and chose for the robust Green Orca System,’ says Walter van der Pennen, Commercial Director of EST-Floattech. ‘We are determined to contribute to a more sustainable world and through the delivery of these batteries we support reducing emissions of the marine industry using hybrid propulsion systems.’

Once the FPS Maas is back in service, it will carry on shipping container cargo between Rotterdam and Antwerp.