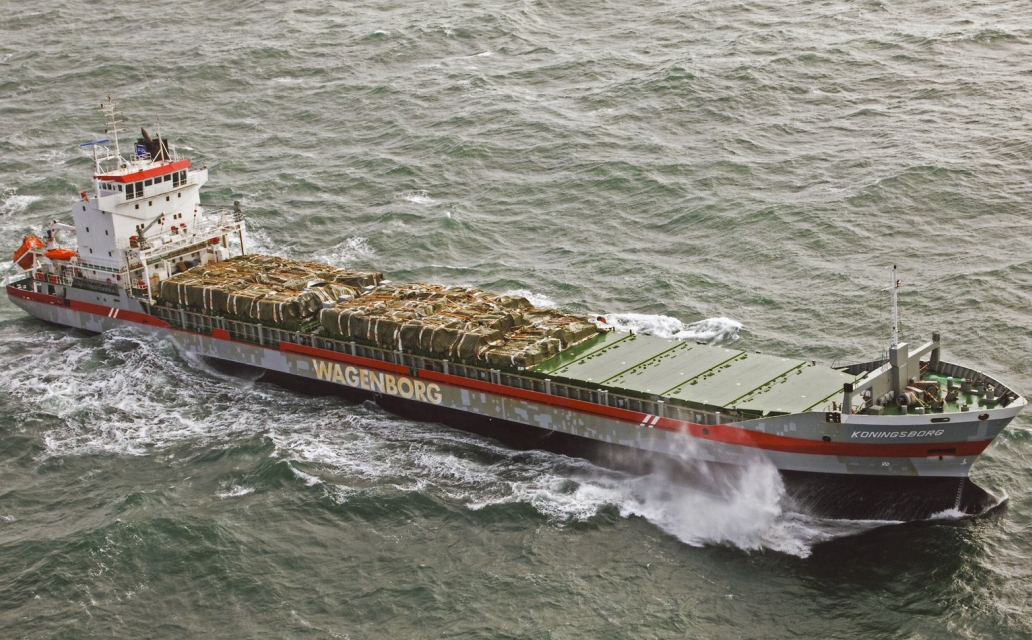 24-year-old general cargo vessel Koningsborg has completed an extensive refit, which saw it fitted with a ballast water treatment system among other things. In addition, the MPPs Imke, Helenic, Alana Evita and Dagna were acquired and joined the Wagenborg fleet under new names.

The Koningsborg travelled to Turkey for its fifth class renewal. The crew, the shipyard, local suppliers and Wagenborg superintendents performed a variety of works and updates on the hull, cargo holds, hatch covers, gantry crane and machinery of the 9000-DWT K-type vessel.

The Koningsborg is already back into service.

Additions to the Wagenborg fleet

In October, various mutations took place within the Wagenborg fleet. Four existing MPP vessels were acquired, which were all built by Dutch shipyards and sail under the Dutch flag.

On October 6, the MV Imke and MV Helenic were handed over to Wagenborg. Imke was renamed Neuseborg and Helenic will continue its voyages under the name Eikborg. The Neuseborg was built by Shipyard Ferus Smit and delivered in 2006. The ice class 1A vessel measures 110.78 x 14 metres. Bijlsma Shipyard delivered the Eikborg in 2008. This vessel measures 88.97 x 11.8 metres.

The MV Alana Evita was transferred to Wagenborg and renamed Iepborg on October 11. This is another Bijlsma-built vessel and has the same dimensions as the Eikborg. It first entered service in 2009.

On October 26, the MV Dagna was handed over to Wagenborg to continue its voyages within the Wagenborg fleet under the name Nijlborg. This vessel has the same builder and dimensions as the Neuseborg and was built in 2005.

All pictures by Wagenborg.