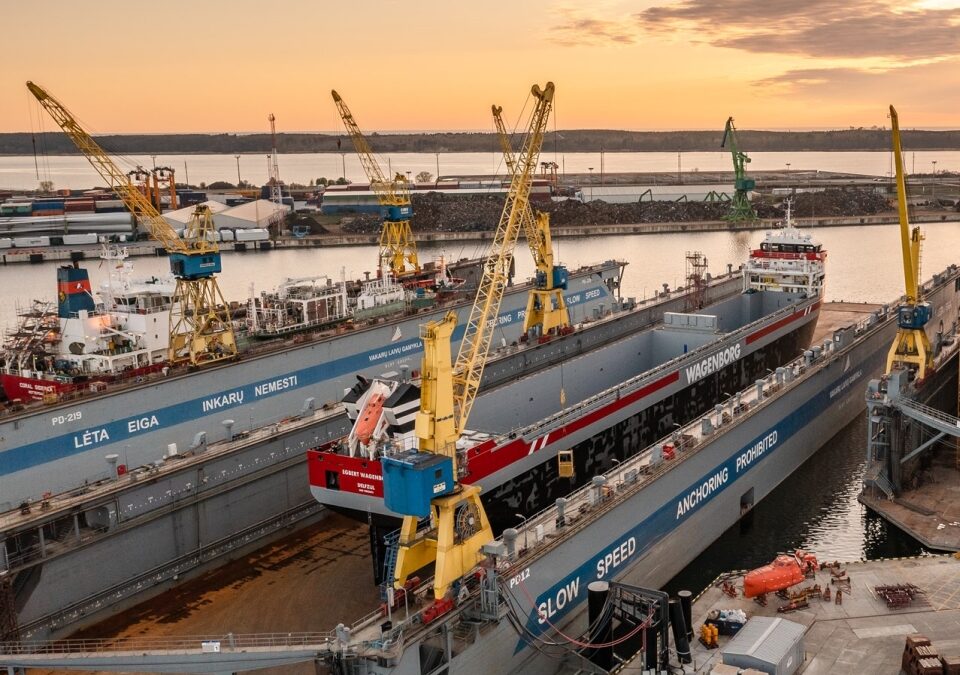 After a few weeks of regular maintenance for its first class renewal, Wagenborg’s multipurpose vessel Egbert Wagenborg has been taken into service again. The 13,800 DWCC EasyMax vessel has received various green updates, including a shore power connection and a ballast water treatment system.

The maintenance was carried out at Klaipéda in Lithuania. The vessel was built in 2017 and won the KVNR Shipping Award in the samen year. It is known for its efficiency, both in terms of fuel consumption and its impressive cargo capacity of 14,300 tonnes and a volume of 625,000 cft.

Now, a shore power connection has been installed on the Egbert Wagenborg as well. With this, the vessel can be “plugged in” during port stays. This eliminates the need for auxiliary engines to run and minimises emissions of harmful gases in urban areas.

In addition, a ballast water treatment system has been fitted. With the installation of this system, the Egbert Wagenborg meets the international rules and regulations as described in the International Maritime Organization’s Ballast Water Management Convention to improve ocean health. Sounds simple, but it is quite a job to fit and position the system and pipes in the engine room, says Wagenborg.

The additions stem from Wagenborg‘s aim to ensure that, in this era with a great focus on sustainability, its ships can still achieve the intended lifespan of 25 to thirty years. The company points out that the age of its fleet is relatively young at about fourteen years and that as such, a relatively long lifespan remains. According to Wagenborg, this means that sustainable innovations and adjustments are essential.