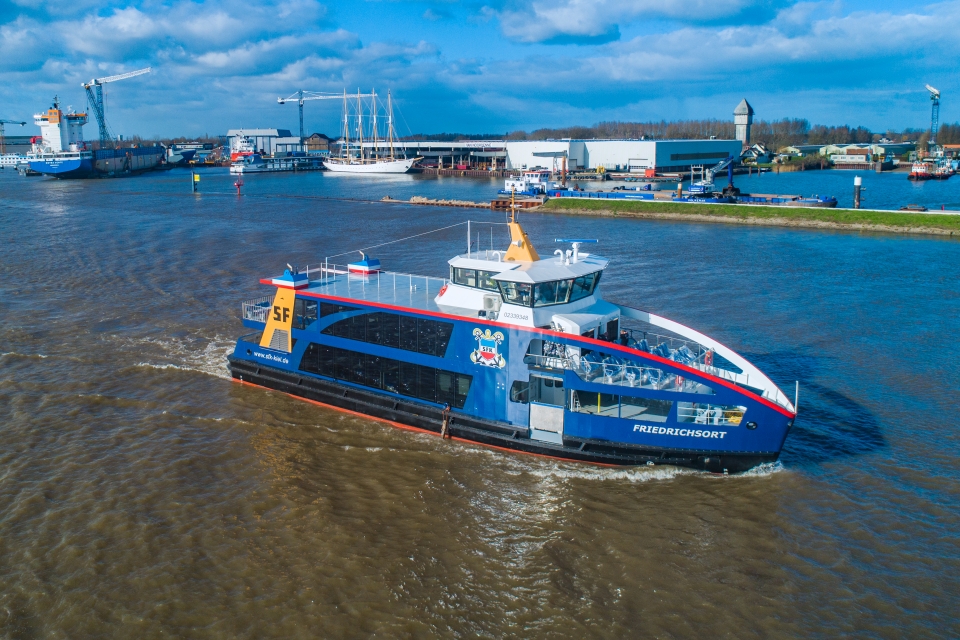 After delivering the first newbuild ferry in 2020 and another four after that, Holland Shipyards Group will now build two additional ferries for Schlepp- und Fährgesellschaft Kiel (SFK). The contract includes a hybrid and an all-electric cycle and foot ferry.

The hybrid ferry will have a capacity of 300 persons and the smaller all-electric one a capacity of 140 pedestrians and sixty bicycles. The designs of the vessels are in line with the deliveries made earlier this year.

The hybrid ferry, to be named Laboe, will measure 32.40 by 8.80 metres and will be provided with a hybrid drivetrain that can be powered by either generators or by means of a battery bank. The battery capacity differs from the previously delivered hybrid ferries. The Laboe will be equipped with 2x 272 kWh, so it enables the vessel to sail larger distances on batteries only.

The all electric ferry, to be named Dietrichsdorf, will measure 24.95 by 7.50 metres and will be provided with an installed battery capacity of 1092 kWh. Like its sister vessels Düsternbrook and Wellingdorf, it will also be equipped with the non-conventional automated mooring system, which features electric-hydraulically operated mooring hooks in both sides of the ship.