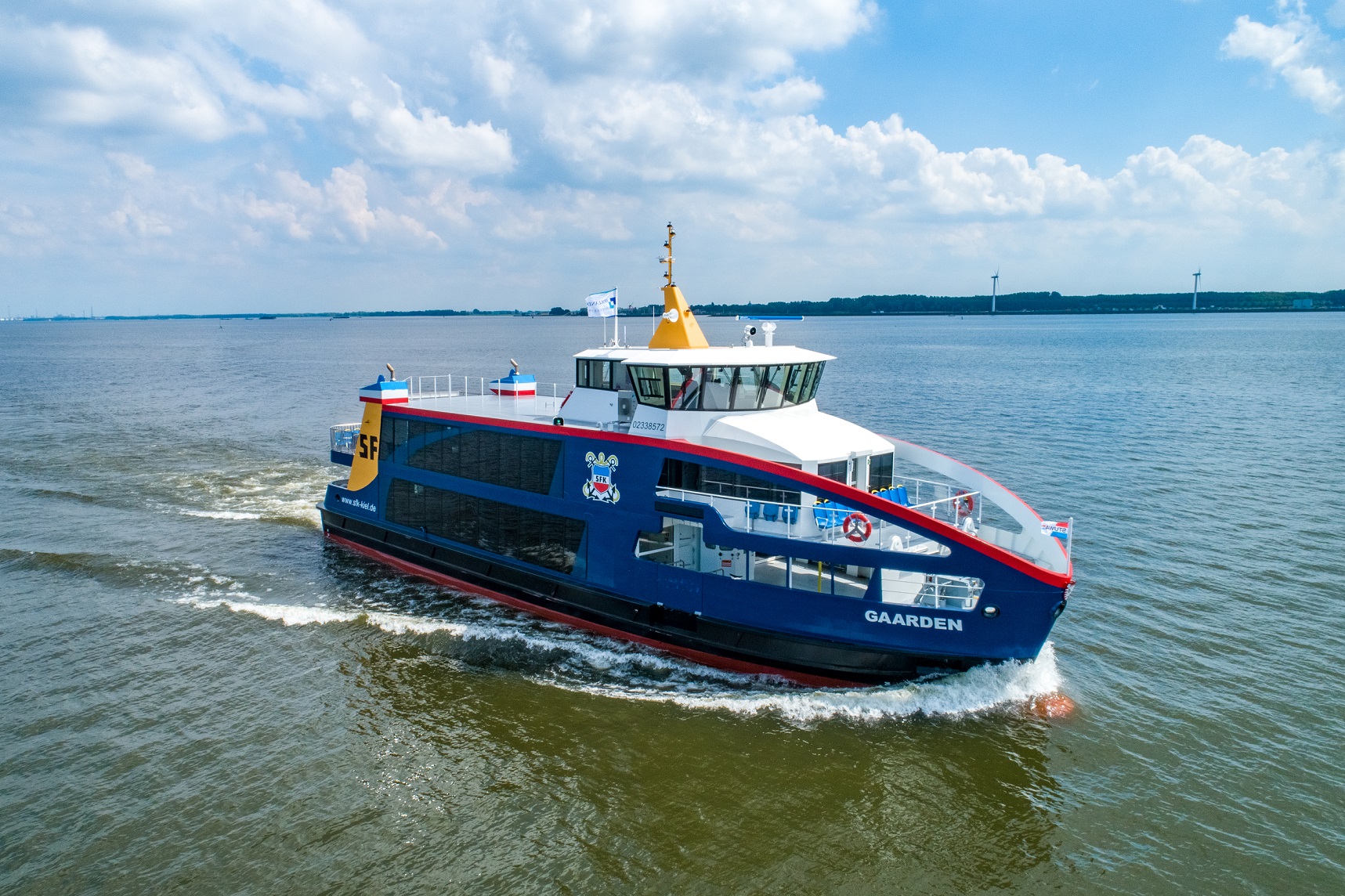 After delivering the hybrid ferry Gaarden in July 2020 and the fully electric ferry Düsternbrook, which will enter operations shortly, Holland Shipyards Group has won a contract to build three additional hybrid vessels for Schlepp- und Fährgesellschaft Kiel (SFK). The design of the three vessels is in line with the Gaarden.

The ferries will measure 32.40 metres by 8.80 metres and will be provided with a hybrid drivetrain that can be powered by either generators or by means of a battery bank. The first two ferries will be delivered in February and May 2022 and the last one at the beginning of 2026.

‘Holland shipyards successfully prevailed in a European tender among twelve other shipyards,’ says Ansgar Stalder of SFK. ‘The contract included four ferries, but was split into a prototype and an option of three additional vessels. Since the Gaarden has been in service for several months and fullfilled its duties, Schlepp- und Fährgesellschaft Kiel is confident to extend the contract as originally intended.’

With the new vessels, SFK is renewing its current fleet. The replacement of the fleet is in line with the environmental goals set by SFK and the city of Kiel. The city of Kiel aims to be CO2 neutral by 2050 and expects shipping to play a major part in this shift. Replacing the fleet adds great value to this.

The shipyard has extended its green mission beyond the vessels it builds to its production process. This involves green choices in materials selection, workshops in which air quality and emissions are controlled and the use solar panels, which will be installed on the workshops this year.