How nuclear power can be used on ships safely 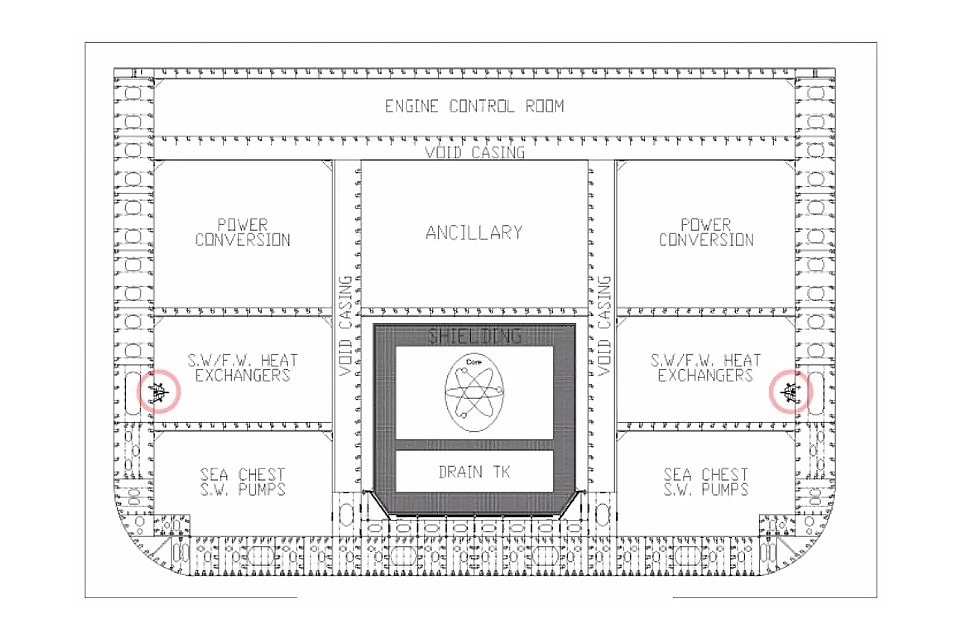 Safety underpins any nuclear project. In its latest webinar, Core Power says its nuclear reactor for ships will change the risk profile of nuclear from low risk/high impact to very low risk/very low impact. It plans to achieve this through the modular reactor’s passive safety system, which will reduce the emergency planning zone to the boundary of the ship.

Whereas land-based nuclear power plants can have emergency planning zones (EPZs) kilometres wide, such zones for Core Power’s nuclear power solution for ships will extend no further than the beam of the ship. This all has to do with the design of the reactor involved.

According to Mikal Boe, chairman and CEO at Core Power, nuclear is still the safest form of energy as it does the least harm to nature or people. However, he adds that it is a young industry that had to learn from incidents.

Boe characterises the dangers of nuclear as follows:

As such, Core Power seeks to make the switch from active to inherent and passive safety, when it comes to nuclear energy. The reactors the company is working on, include an automatic fail-safe that requires no human intervention.

Also read: ‘Nuclear only option that decarbonises and lowers cost when compared to marine e-fuels’

The new nuclear safety for maritime key criteria according to the British nuclear power company therefore are:

As a result, this is what the main characteristics of Core Power’s Molten Salt Reactor are:

Due to the ambient pressure, the reactor cannot disperse radioactive material into the environment as a result of the physics of the phenomenon. In addition, the fuel and coolant are the same, as the coolant is part of the salt and as such cannot get out. So the reactor can never lose its coolant. The fuel can also be safely drained into a contained drain tank as an extra safety measure.

Fitting an emergency planning zone on a nuclear-powered ship

The challenge for a nuclear-powered ship is to fit the emergency planning zone inside the vessel limits, says Core Power’s nuclear engineer Ioannis Kourasis. The first step in this is to use a small modular reactor operating at low pressure, as mentioned above. This will already shrink the EPZ to the boundary of the ship, which is also necessary for shipowners to be able to get insurance for such a vessel.

Second, the reactor will be contained to ensure that there is no danger for the surroundings when a ship is in port or passing a canal. This is where the modular containment box comes in. The ambient pressure reactor system is installed within this modular containment “black box”. Such a box will consist of a thick layer of reinforced concrete and a second layer of lead. All interface connections are installed in this box as well and the box can be lifted in and out of the hull in one piece.

This box provides radiation protection for a tiny EPZ. Moreover, the containment functionality attenuates radiation, contains radioactive materials, protects the ship’s crew, protects the reactor from the environment and is designed to withstand extreme case accidents. The box also contains and protects the drain tank.

Finally, the design Core Power has come up with ensures separation of auxiliary modules from the nuclear reactor module.

Extra systems to shut down reactor

In addition, Kourasis explains that the reactor is equipped with a control system that can shut the reactor down. For emergencies, it is also possible to add a system that drops nuclear absorbent material into the reactor core, which will kill the reactor as well. Finally, there is also the drain tank mentioned earlier (also see the picture below), into which the nuclear fuel can be drained thereby locking it away.