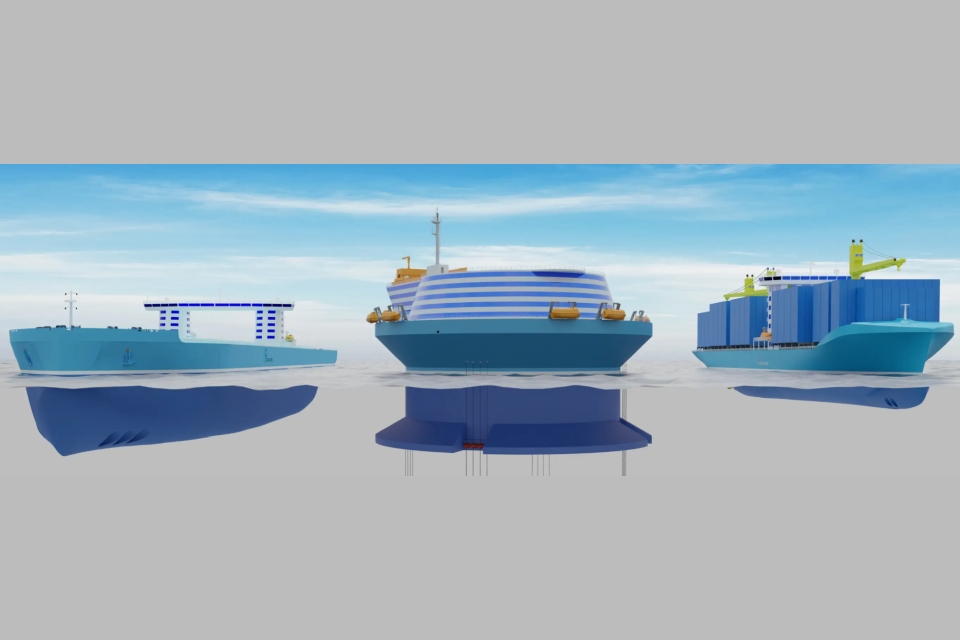 Core Power has shown how “green fuel” for shipping can be produced reliably at low cost using a floating nuclear power plant design combined with an ammonia refinery at either end of green corridors. Such corridors were proposed in the Clydebank declaration, signed at COP26 at the end of last year.

‘Making green ammonia from 100 per cent clean hydrogen and nitrogen is very energy intensive and requires reliable low-cost electricity, and production of fuels must happen where we need it and when we need it,’ says Dr Rory Megginson, head of Analytics at Core Power in London.

During the launch event of Core Power’s Client Program in July, the company demonstrated how a single installation in the US Gulf could produce 1.3 million metric tonnes of 100 per cent green ammonia, at a cost that could compete with low sulphur bunker fuel and carbon taxes. Core Power is pioneering the work of developing the market for marine-appropriate new nuclear technology.

‘Placing a floating refinery at either end of a “green corridor”, in the US Gulf and UK continent would provide a reliable, low-cost fuel supply to all ships trading on that route and have plenty of green hydrogen-based fuel left over for supply to the inland and coastal markets,’ says Dr Megginson.

The Core Power design features a cylindrical “spar type” hull of 90 metres in diameter fitted with four molten salt reactors, producing 1200 MW of electricity round the clock, whatever the weather.

‘The key advantage of the molten salt reactor for this purpose is that we can top up the fuel at full power, so we don’t have to stop to refuel, and that means we can run for a very long time at max capacity,’ says Giulio Gennaro, Chief Technical Officer of Core Power.

‘The molten salt reactor is an ambient pressure reactor, which cannot pollute the environment in the event of a mishap or an accident, and that’s popular. The lack of pressure also means the emergency planning zone around the installation should be confined to the boundary of the “site” or the hull itself’, explains Gennaro.

Also read: Shipping outlook: Invest in people and nuclear back on the agenda

The global shipping industry is seeking solutions to replace fossil fuels to meet climate targets set by the member states of the IMO. Green ammonia is one of the candidate fuels being considered, despite the low energy content and high toxicity of the substance as a fuel.

Proposals to produce green ammonia from weather dependent power machinery is struggling to solve intermittency and reliability issues and as a direct result, bringing the cost of production to levels where demand can be formed.
Showing how a reliable power solution could be built in the coming decade, Core Power also demonstrated how offshore wind can feed power to the system when conditions are right.

‘Combining the output of intermittent offshore wind with reliable floating nuclear means the billions spent on renewables can live up to its promise and shake its heavy dependence on fossil fuels on still or stormy days’ concludes Megginson.