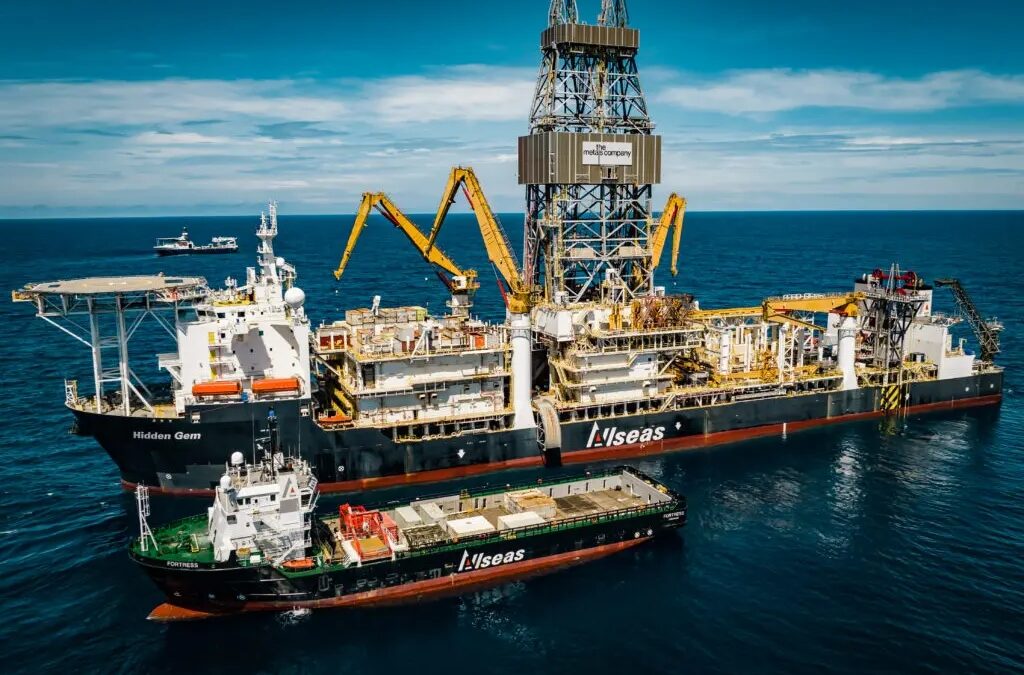 It is a pioneering moment for Allseas and partner The Metals Company (TMC); the first integrated system test conducted in the Pacific’s Clarion Clipperton Zone since the 1970s. It comes less than two years since the two companies embarked on construction of the pilot nodule collection system.

A jumper and riser system transported the nodules 4.3 kilometres from the seafloor to the surface in twelve minutes. Allseas engineers designed and built this system as well as the collector. See a video as well as extra pictures of the trial below.

This milestone test run follows successful at-sea construction and deployment of the riser system and its integration with the flexible jumper hose and collector vehicle. Behind the tests is a dedicated team of 130 crew and engineers on board Hidden Gem.

Allseas acquired the former ultra-deepwater drill ship Vitoria 10000 in February 2020 for conversion to accommodate the nodule collection system. Renamed Hidden Gem, the vessel is 228 metres long and 42 metres wide, and can accommodate a crew of 200. Reactivation of the vessel was first started in Norway and was then completed at Damen in Rotterdam.

After the pilot mining tests now that have now begun, the vessel is expected to enable first commercial production for The Metals Company in 2024.

Video and pictures by Allseas.