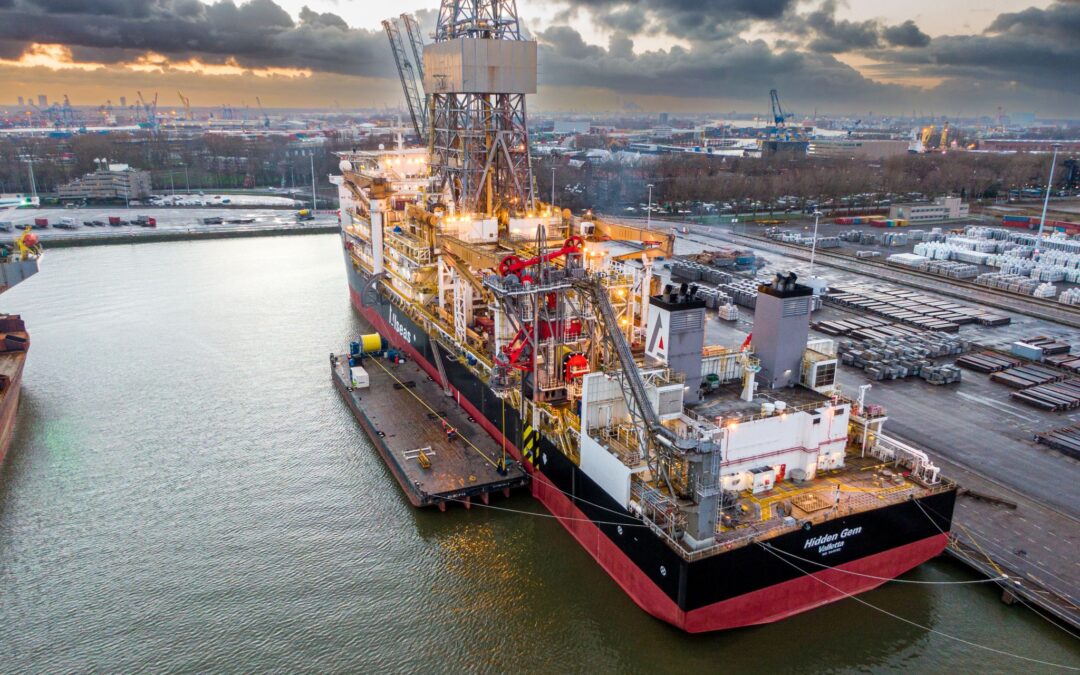 Conversion of Allseas’ Hidden Gem to the world’s first polymetallic nodule vessel nears completion in Rotterdam harbour. The last custom-engineered equipment is arriving and the project team and crew are busy integrating and tweaking systems for extensive offshore trials.

Integral to Allseas’ seabed-to-surface solution is the nodule collector vehicle, optimised to excel under extreme water pressures in one of the world’s remotest places. The collector arrived as engineers wrestled with the final metres of the company’s very own anaconda – the 5200-metre umbilical that will provide power and control during seafloor operations.

The collector and umbilical are now connected and fully integrated with the aft-mounted launch and recovery system. Allseas says it is looking forward to putting these key components through the paces during deployment and operational tests.

Allseas acquired the former ultra-deepwater drill ship Vitoria 10000 in February 2020 for conversion to accommodate the nodule collection system. Renamed Hidden Gem, the vessel is 228 metres long and 42 metres wide, and can accommodate a crew of 200. Reactivation of the vessel was first started in Norway and is now being completed at Damen in Rotterdam.

After the pilot mining tests in 2022, the vessel is expected to enable first commercial production for The Metals Company in 2024.