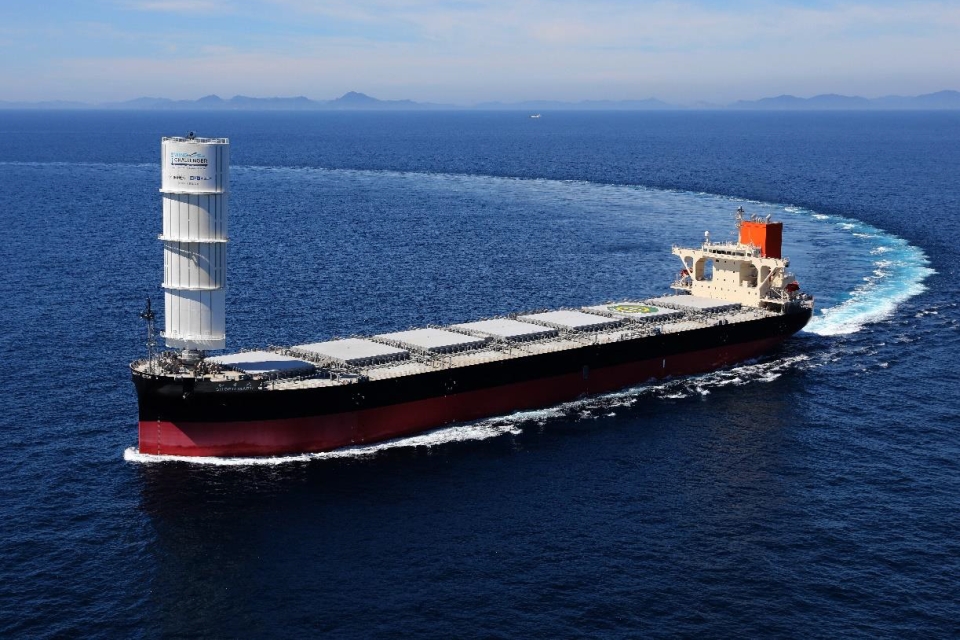 The vessel was handed over at Oshima Shipbuilding. The Shofu Maru is the world’s first vessel equipped with Wind Challenger, and will transport coal mainly from Australia, Indonesia, and North America as a dedicated vessel for Tohoku Electric Power Co. The shipping contract was announced on December 10, 2020.

The Shofu Maru measures 235 x 43 metres and has a deadweight tonnage of 100,422 tonnes. It sails under the Japanese flag. The Wind Challenger hard sail reaches a height of up to 53 metres and is 15 metres wide.

The Wind Challenger system has been developed mainly by MOL and Oshima Shipbuilding and uses a telescoping hard sail that harnesses wind power to propel the vessel. The hard sail is made out of fibre reinforced plastic. By installing the system, it is possible to reduce the amount of fuel used for operation.

The introduction of the Wind Challenger is expected to reduce greenhouse gas (GHG) emissions by about five per cent on a Japan-Australia voyage and about eight per cent on a Japan-North America West Coast voyage, compared to a conventional vessel of the same type.