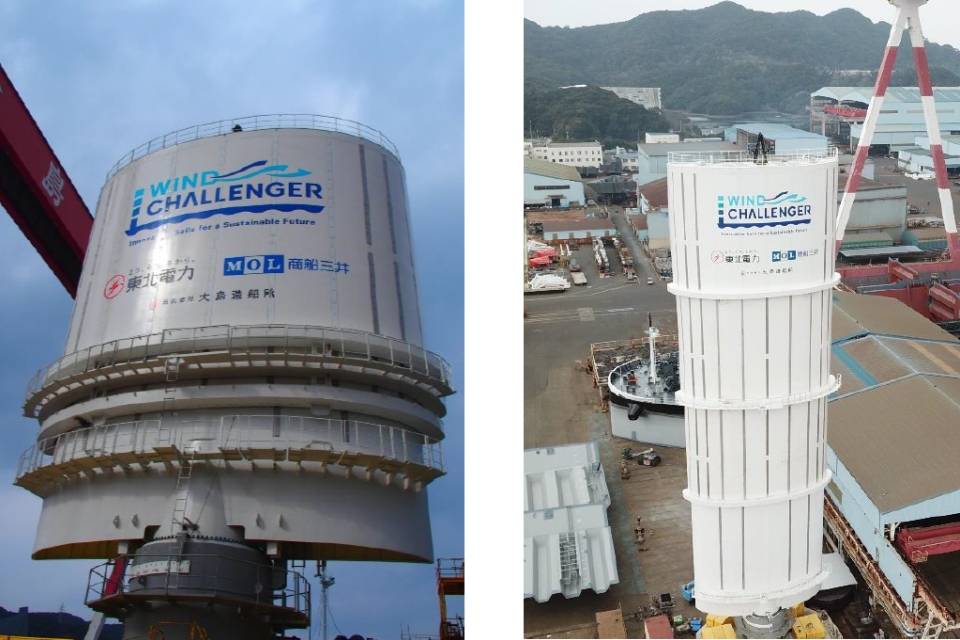 MOL have been promoting the Wind Challenger Project to harness wind as a propulsive force for merchant ships. The additional propulsion power from wind is said to be able to reduce a vessel’s greenhouse gas (GHG) emissions by an estimated five to eight per cent compared to conventional ships of the same class.

The Wind Challenger Project started in 2009 with the “Wind Challenger Plan,” an industry-academia joint research project led by The University of Tokyo, and since 2013, the team has been chosen to receive a subsidy on next-generation marine environment-related technology research from Japan’s Ministry of Land, Infrastructure, Transport and Tourism. In January 2018, MOL and Oshima Shipbuilding took charge of the plan.

The bulk carrier that will be equipped with the hard sail system is slated for delivery this fall after sea trials and engaged in the transport of cargoes for Tohoku Electric Power.