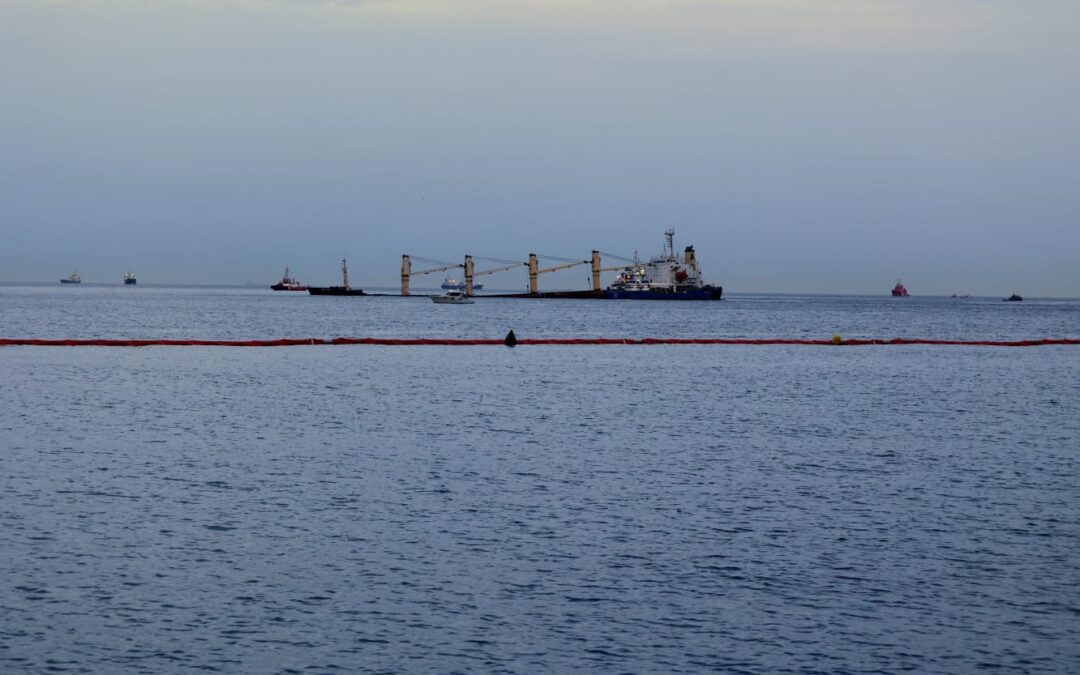 Gibraltar’s Captain of the Port has issued a Wreck Removal Notice to the owners of the partially sunk and heavily damaged bulk carrier OS 35, which dictates that the wreck needs to be removed no later than 30 May 2023. Following this notice, the salvors have provided an indicative schedule for the salvage and wreck removal.

The indicative schedule includes an indicative timeline for the removal of the wreck and its contents. The provision of this plan follows the issuing of a Wreck Removal Notice to the vessel’s owners by the Captain of the Port, under the provisions of Part VIIIA of the Merchant Shipping Act.

The Notice requires that the wreck must be removed by the owners in a proper and timely manner consistent with considerations of safety and environmental protection legislation, and in particular with the protection of the marine environment. The complete removal of the wreck and its contents has to be completed by 30th May 2023.

The Notice also provides for the recuperation of costs by the Captain of the Port from the vessel’s owners or their insurers. The Notice further stipulates that non-compliance is an offence under sections 179E and 179F of the Act.

Also read: Cause of sheening of OS 35 located and removed

The salvors’ indicative schedule for the removal of the wreck is in line with the conditions set out by the Captain of the Port in the Notice. It includes a detailed timeline of each phase of the wreck removal, including:

‘Whilst the precise methodology for the removal of the OS 35 and its contents has not yet been established, this preliminary schedule is an important development in the operation,’ says Gibraltar’s Captain of the Port, John Ghio. ‘It confirms the intentions of the owners and their insurers to comply with the deadline and conditions specified in the Wreck Removal Notice, and allows them to proceed with the important Invitation to Tender process to identify and select a contractor with the expertise necessary to safely and efficiently remove the wreck in the safest way possible and in a manner that protects the marine environment as far as possible.’

With upcoming bad weather, the aft of the OS 35 was lowered on Saturday 24 September to allow the bulk carrier to better withstand waves. This operation was successful but did result in more sheening escaping the vessel, the cause of which was subsequently found and removed.