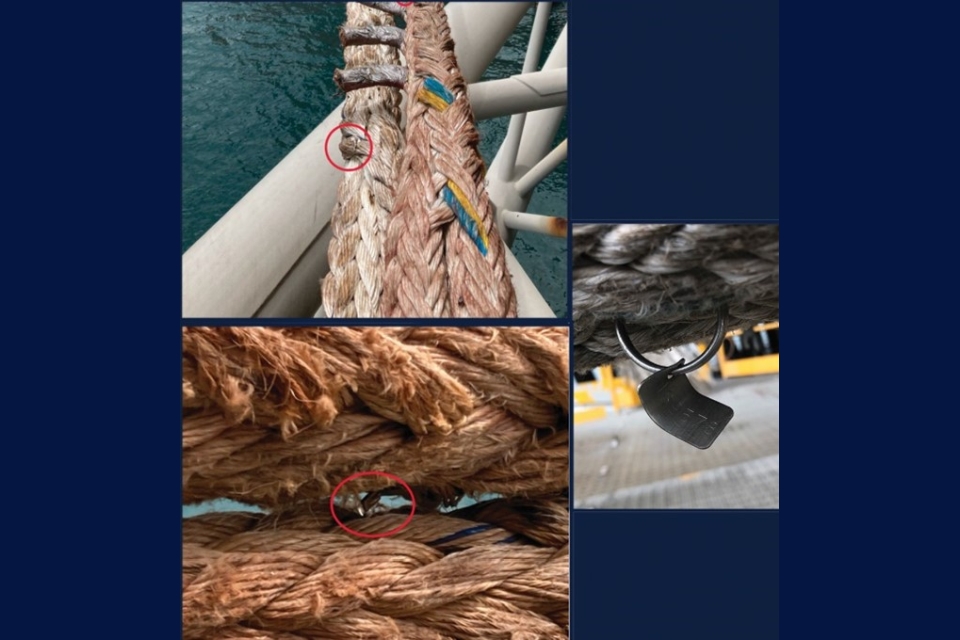 During berthing operations at a loading terminal, the line-handling crew were surprised to find metal rings and tags entwined within the yarns and strands of a vessel’s lines. These objects present a potential catch point and/or finger entrapment hazard for anyone handling the lines. There is also a risk that these objects could detach and become projectiles when lines are under load or when lines are being run.

This was the fourth vessel in six months to have lines with such hazards. The terminal authorities grew concerned and made a Mars Report. It is likely that the rings and tags are items associated with materials used to pack the lines themselves. It is also possible that these objects could have become embedded within the lines during usage.

Also read: ‘Treat mooring lines as you would a loaded gun’

Also read: Hasty mooring sees accidents in the Port of Rotterdam increase in 2021