‘Treat mooring lines as you would a loaded gun’ 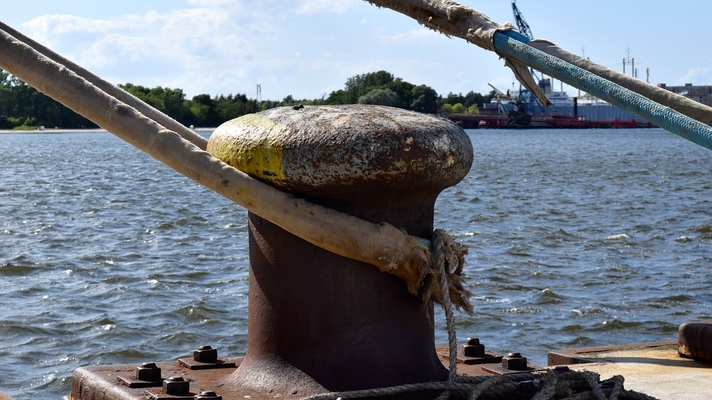 Mooring mishaps abound in the maritime industry and the consequences are serious. In its latest Mars Report, The Nautical Institute once again stresses the dangers of working with mooring lines, despite that the incident discussed “only” resulted in injuries.

A vessel was coming alongside to moor assisted by two tugs. The first lines were passed ashore to assist in bringing the vessel into position along the pier. At one point, the aft spring line got stuck between the ship and a pier dolphin’s fender. The master requested the pilot use the aft tug to slowly clear the line. The master informed the aft mooring station officer that the tug would pull out a bit in order to clear the line.

An officer was standing near the break of the accommodation and was checking the lead of the spring line. When the mooring rope stuck, it was under some tension, which was not noticeable from deck level. As soon as the rope came clear of the dolphin fender, it released up along the ship’s side with energy, striking the officer under his jaw and on his right forearm.

An ambulance was immediately called while first aid was provided to the victim. Once at the hospital, the victim underwent X-ray and CT scans. He was diagnosed with a laceration on the chin and a concussion. He was able to return to normal work a few days later.

Mooring ropes can contain enough energy to kill or badly injure. Treat them as you would a loaded weapon.

Mars editor’s note: The victim was very lucky to have sustained only relatively minor injuries. As readers of Mars may have seen in Report 201870, a very similar sequence of events ended with a fatality.

This accident was covered in the Mars Reports, originally published as Mars 202140, that are part of Report Number 346. A selection of this Report will also be published in SWZ|Maritime’s September 2021 issue. The Nautical Institute compiles these reports to help prevent maritime accidents. That is why they are also published on SWZ|Maritime’s website.