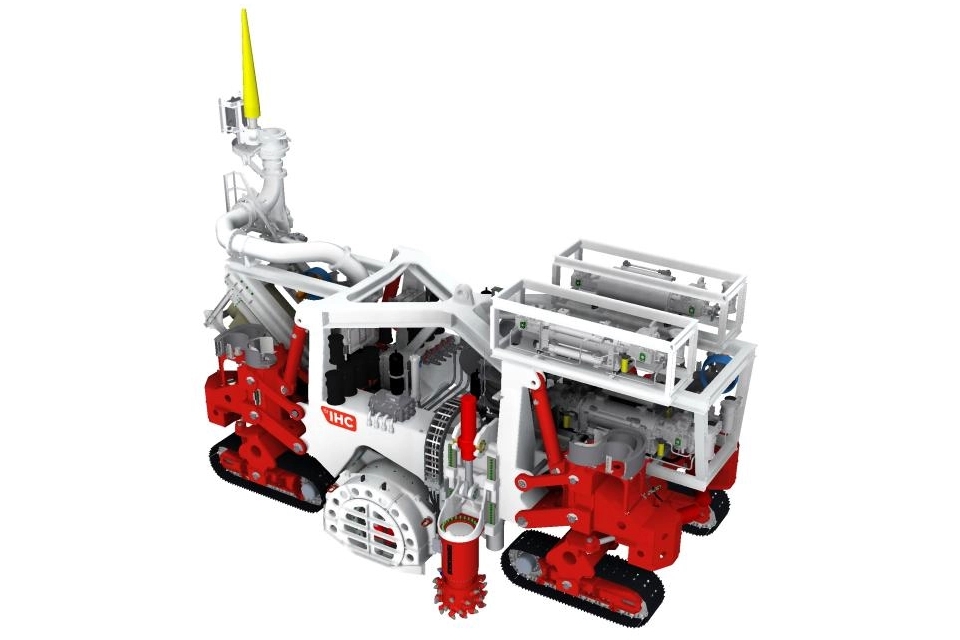 IHC Mining will build and deliver an Underwater Mining Crawler to Arctic Canadian Diamond Company for its underwater remote mining (URM) system. This system will be used for the extraction of diamond-bearing kimberlite ore from deep open pits at the Ekati Diamond Mine in the Northwest Territories of Canada.

Arctic Canadian already ordered the Launch and Recovery Platform for the URM system from IHC earlier this year. The platform is scheduled for delivery by the end of 2022.

Recently, an expert team from the Netherlands visited the Ekati Diamond Mine in Canada to see the facilities and discuss further implementation of the URM at site. Taco de Boer, Manager Mining Consultancy at IHC Mining: ‘The facilities are well suited for supporting the URM and preparations are already ongoing.’

Arctic Canadian and IHC Mining started their cooperation in 2018, to jointly develop an innovative and integrated mining solution. The starting point for the development of the underwater remote mining system, was to economically extract kimberlite from marginal kimberlite pipes and from deep extents of completed open pits.

An important focus is to develop a mining solution that would have a much lower environmental impact than conventional mining methods. As the URM crawler is only mining the kimberlite ore and minimal waste, it significantly reduces the mine’s footprint. The URM solution could allow the Ekati Diamond Mine to extend its lifetime by at least ten years.

The Underwater Mining Crawler is a remote operated continuous mining machine, equipped with the latest underwater control and positioning equipment. The ore is directly excavated with a drum cutter in small layers and eliminates the need for blasting explosives.

From the crawler, the ore is pumped to the surface of the flooded pit via a vertical pipeline system to the Launch and Recovery Platform, from where the ore is transported further to a dewatering plant. The crawler system is capable of operating at a water depth of up to 400 metres.

‘Many other mining solutions were evaluated over the past fifteen to twenty years, but the mining crawler is the technological breakthrough for kimberlite diamond mining we were looking for,’ says Jon Carlson, Head of Exploration and Project Development at Arctic Canadian. ‘With this solution we are taking the next step in the future of diamond-bearing kimberlite mining.’

The mining crawler will be built at Royal IHC’s premises in the UK and delivered to Arctic Canadian late 2023. It will then be trialled in the Lynx pit in the summer of 2024, together with the other components of the URM solution. The goal will be the extraction of approximately 150,000 tonnes of Lynx kimberlite ore.

Picture (top): The Underwater Mining Crawler for the URM system. The crawler will help recover diamond-bearing kimberlite ore from deep open pits at the Ekati Diamond Mine, in the Northwest Territories of Canada.