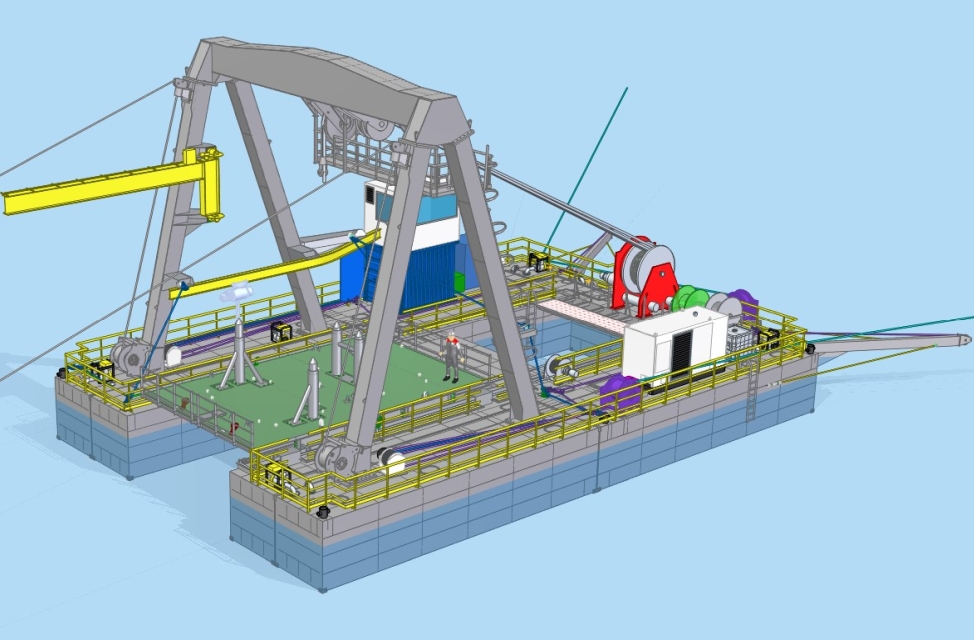 Arctic Canadian Diamond Company and IHC Mining are jointly developing an underwater remote mining system for the extraction of diamondbearing kimberlite ore from deep open pits at the Ekati Diamond Mine in Canada. The system consists of a floating platform, a mining crawler and a land based dewatering plant and will be expanded with a Launch and Recovery Platform.

Arctic has just awarded the contract to build and deliver the Launch and Recovery Platform to IHC. This contract is the first major equipment scope being awarded by Arctic for the underwater remote mining (URM) system, following years of development work.

‘We are excited to reach this important milestone in the development of an innovative underwater remote mining system with our partner IHC Mining,’ says President & CEO of Arctic, Rory Moore. ‘The URM system has the potential to significantly increase the mine life at Ekati and thereby provide the opportunity for Arctic to continue to make a positive socio-economic contribution to the North for many years to come.’

Arctic and IHC Mining started their cooperation in 2018, to jointly develop an innovative and integrated mining solution. The starting point for the development of the underwater remote mining system was to economically extract kimberlite from marginal kimberlite pipes and from deep extents of completed open pits.

An important focus was to develop a mining solution that would have a much lower environmental impact than conventional mining methods. As the URM crawler is only mining the kimberlite ore and minimal waste, it significantly reduces the mine’s footprint. The URM solution could allow the Ekati Diamond Mine to extend its lifetime by at least ten years.

The various components of the URM system will be tested step by step with a production trial at the mined-out Lynx open pit prior to moving on to larger depleted open pits. The first step will be the flooding of the Lynx pit in summer of 2022. This will be followed by testing of the Launch and Recovery Platform in the summer of 2023 and then by comprehensive URM system testing in the summer of 2024 including a trial mining operation targeting the extraction of approximately 150,000 tonnes of Lynx kimberlite ore.

The URM solution is a technological breakthrough for kimberlite diamond mining. A new innovative solution, which originated from deep sea mining and trenching systems has allowed Arctic and IHC Mining to take the next step in the future of diamond-bearing kimberlite mining.