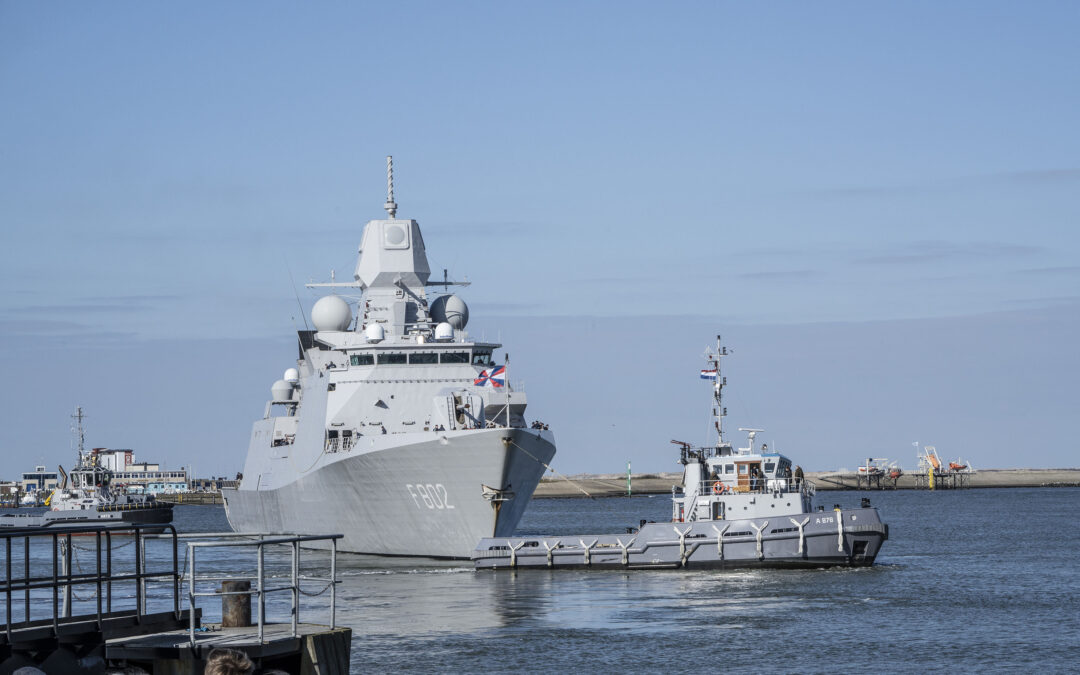 The air defence and command frigate HNLMS De Zeven Provinciën left for Norway on Sunday. The naval vessel will join the Standing NATO Maritime Group 1 (SNMG1) for the next four months. Earlier in the morning, the amphibious transport ship HNLMS Rotterdam also departed for Norway.

The SNMG1 is one of the rapidly deployable fleet groups from NATO’s flash force. Dutch Minister of Defence Kajsa Ollongren waved off the approximately 190 crew members of De Zeven Provinciën in Den Helder. The Rotterdam has left with a crew of 275. Both ships are taking part in various large-scale exercises in the waters near the Scandinavian country. The aim is to strengthen the mutual cooperation.

The Zeven Provinciën is equipped with a maritime NH90 attack helicopter of the Defence Helicopter Command (DHC). The naval vessel will take over the tasks of the multipurpose frigate HNLMS Van Amstel that is currently part of SNMG1.

The Rotterdam is equipped with two Cougar helicopters of the DHC and landing craft of the Marine Corps. The Rotterdam is also part of the NATO reaction force. The ship has a slightly longer reaction time than the De Zeven Provinciën.

The SNMG1 is mainly active in the North Atlantic Ocean, North Sea and Baltic Sea. The naval force consists of naval vessels of various NATO allies. The Netherlands will be in command of the maritime task force until 2022. Currently, this is in the hands of Dutch commander Ad van de Sande. The ships of the SNMG1 are continuously available for orders from NATO headquarters.

Minister Kajsa Ollongren addressed the crew of the Zeven Provinciën just before the ship set sail. The departure at a time when the world is holding its breath, she said. ‘There is a war in Europe, Putin’s war. He has attacked Ukraine and we have to deal with that too. The Netherlands is a member of NATO. We have been an ally since the first hour. More than ever we have to be there.’

The minister called it important to show that the Netherlands protects the alliance and is there for the allies in Eastern Europe. ‘You are our professionals. You are going to show what NATO is. Stay safe and have a safe trip.’