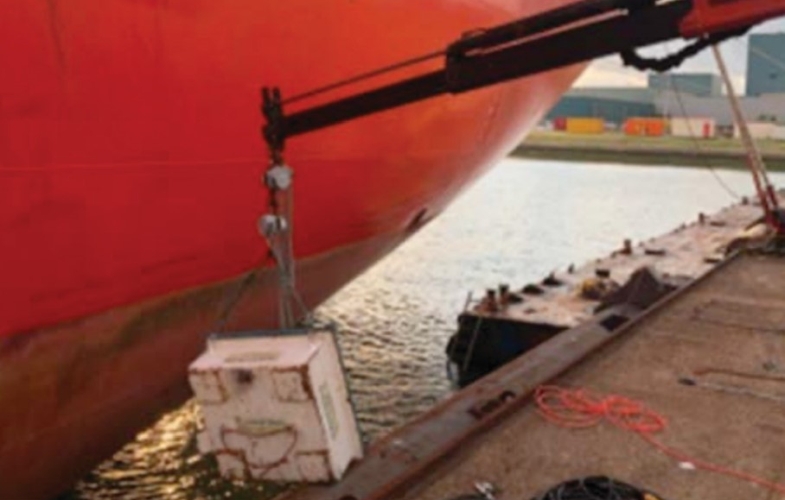 Crew should supervise external contractors when performing tasks on board a ship. The Nautical Institute gives this warning in its latest Mars Report, in which welding heat caused by a repair team resulted in a cofferdam losing watertight integrity and the engine room taking on water.

A vessel was moored at a shipyard to repair an exhaust gas scrubber overboard discharge pipe. As part of the repair process, divers installed a cofferdam on the outside of the ship’s hull.

Once the cofferdam had been installed, repairs started with the removal of the pipe inside the engine room. The new pipe was then fitted and partially welded to the hull. The first welding pass covered approximately fifty per cent of the pipe circumference. The inboard flange on the new overboard pipe was tag-welded. As a new work crew came in a leak was discovered. Immediately the divers, still in the water, were informed and they attempted to close the leak at the cofferdam.

The water in the engine room bilges was rising quickly, so the general alarm was raised. About fifteen minutes later, for the safety of the vessel and its crew, the master decided to start pumping the sea water overboard through the emergency bilge arrangement. It was also decided to quickly reduce the ship’s draught aft by pumping ballast directly overboard, bypassing the ballast water treatment plant.

Local and national authorities, the company emergency response team, insurance and flag state were promptly informed. After four hours, the emergency was under control and definitive repairs were carried out as per the plan.

The investigation revealed that heat from welding could have caused deformation of the ship’s side plating, causing the cofferdam to lose watertight integrity. Also, the flat cofferdam did not form a perfect seal with the hull due to a slight curvature at that location.