HMS Prince of Wales in need of dry dock to fix propeller shaft, HMS Queen Elizabeth to fill in 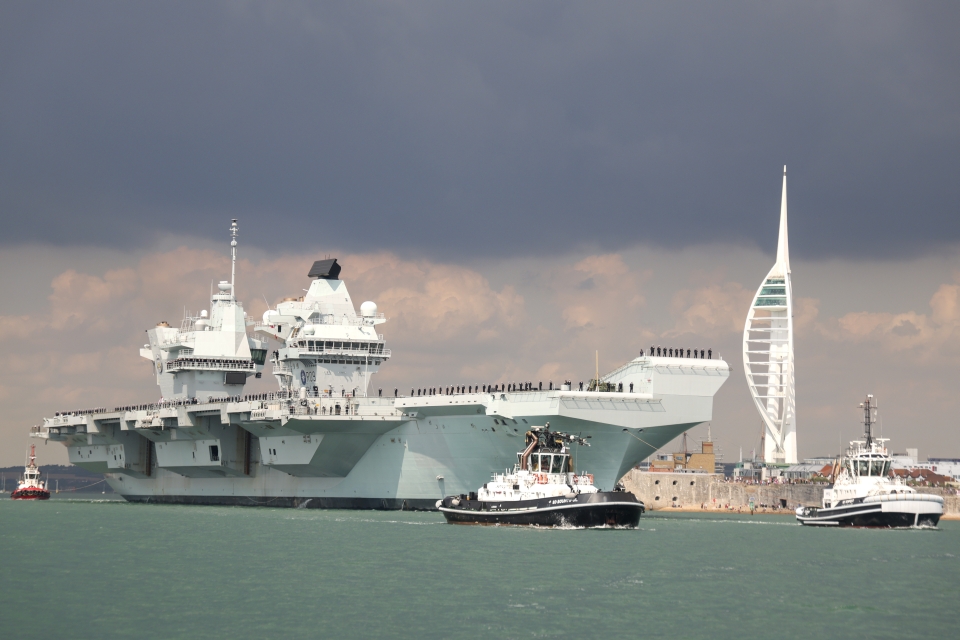 The Royal Navy’s aircraft carrier HMS Prince of Wales broke down shortly after departing Portsmouth for a training mission in the US. After divers conducted an inspection, it appears there is significant damage to the shaft on the propeller and that the ship will need to be repaired in dry dock.

The Royal Navy’s Rear Admiral Steve Moorhouse speaks of ‘significant damage to the shaft and the propeller’ as well as ‘superficial damage to the rudder’ in a video update. He stresses that there is no damage to the rest of the ship.

Moorhouse: ‘Our initial assessment has shown that a coupling which joins the final two sections of the shaft has failed. Now, this is an extremely unusual fault and we continue to pursue all repair options. We are working to stabilise the shaft section and the propeller after which the ship will return to Portsmouth. The ship will then probably need to enter dry dock, as this will be the safest and quickest way to effect the repairs.’

The Rear Admiral does not say how long he expects repairs will take, but it is clear the vessel will not be able to take part in the Westlant 22 exercise in the short term. During this joint exercise with the US off the US coast, the Prince of Wales was to practice stealth jet and drone operations and trial uncrewed technology.

However, the Royal Navy’s other aircraft carrier, HMS Queen Elizabeth, will fill in for the Prince of Wales. This vessel is scheduled to leave Portsmouth later this week. It will then ‘undertake elements of Prince of Wales’ programme in the United States’ says Moorhouse. The Queen Elizabeth will subsequently return to Europe for the Royal Navy’s Autumn Programme of exercises and operations.

HMS Prince of Wales is the second of the Royal Navy’s two aircraft carriers of the Queen Elizabeth class. The 65,000-tonne vessels are the largest in the Royal Navy.

The issue with the starboard propeller was discovered shortly after departure from Portsmouth on Saturday, 27 August.