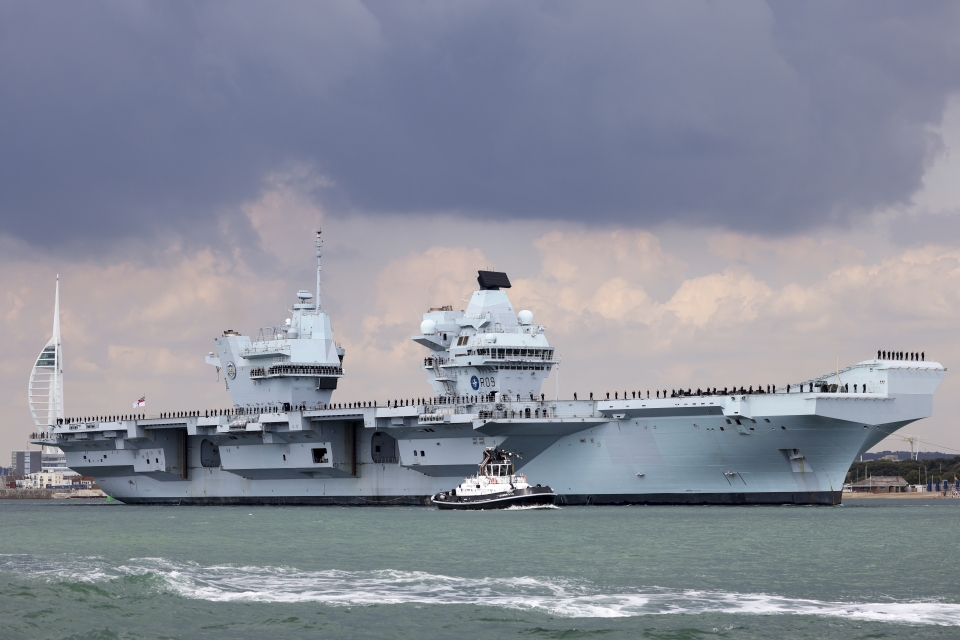 Shortly after departure from Portsmouth on Saturday for a deployment in the US, a mechanical fault was discovered with the starboard propeller shaft. According to Rear Admiral Steve Moorhouse of the Royal Navy, the fault will likely need repairs, which may impact the ship’s programme.

HMS Prince of Wales is the second of the Royal Navy’s two aircraft carriers of the Queen Elizabeth class. The 65,000-tonne vessel is due to partake in a three-month ‘landmark mission to shape the future of stealth jet and drone operations’. HMS Prince of Wales is to trial uncrewed technology and practise the tactics used by the UK’s two carriers.

The vessel is to deploy alongside frigate HMS Richmond, tanker RFA Tideforce and an air group of helicopters and drones, before F-35B stealth fighters join the deployment once the ship arrives in North America for the Westlant 22 deployment.

The issue with the propeller shaft manifested itself shortly after departure on Saturday. After that, the ship was anchored off the Isle of Wight, but yesterday afternoon, the vessel was moved to a different, more sheltered anchorage better suited for further inspection. This inspection has now revealed the aircraft carrier will likely need repairs.

After further inspection, ‘we’ll be able to provide further comment on the nature of the issue, and the impact to her current schedule’, Rear Admiral Moorhouse says in a video released yesterday evening.