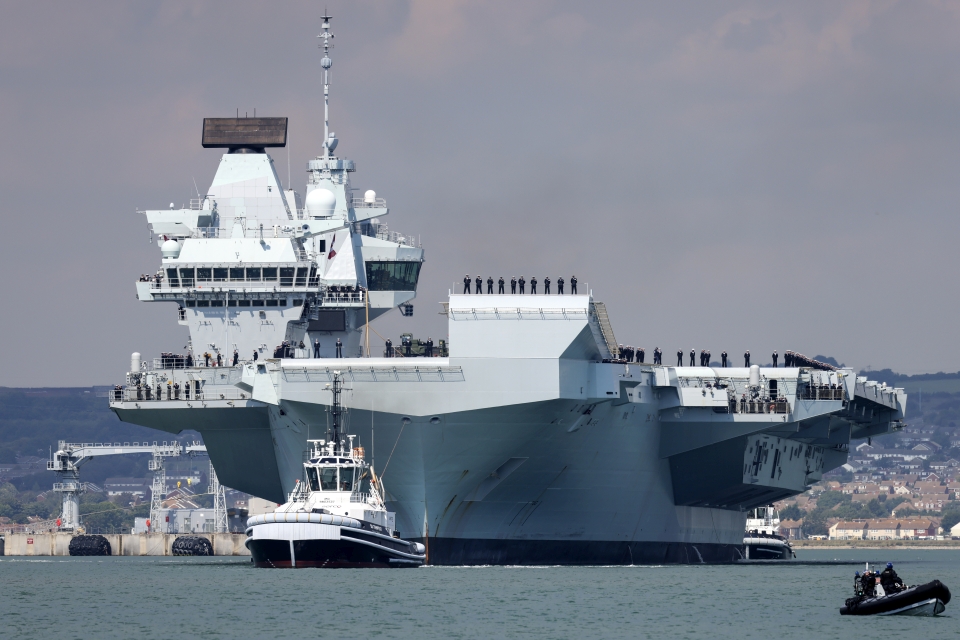 One of Britain’s biggest warships, HMS Prince of Wales, sailed from Portsmouth on 27 August for deployment off the US coast. However, the aircraft carrier suffered a technical defect shortly after departure and is currently anchored off the Isle of Wight.

HMS Prince of Wales is the second of the Royal Navy’s two aircraft carriers of the Queen Elizabeth class. The 65,000-tonne vessel is due to partake in a three-month ‘landmark mission to shape the future of stealth jet and drone operations’. HMS Prince of Wales is to trial uncrewed technology and practise the tactics used by the UK’s two carriers.

The vessel is to deploy alongside frigate HMS Richmond, tanker RFA Tideforce and an air group of helicopters and drones, before F-35B stealth fighters join the deployment once the ship arrives in North America for the Westlant 22 deployment.

UK media now report, however, that the ship broke down shortly after departure. It is now said to be anchored near the Isle of Wight while the problem is being investigated by divers. The UK Defence Journal states sources have indicated an issue with the starboard propellor shaft, but this has not yet been confirmed by the Royal Navy or Ministry of Defence.

Navy Lookout adds: ‘Should the issue prove to be serious, it goes without saying that this is extremely unfortunate and not a good look for the RN.’

The HMS Prince of Wales is 284 metres long and has a beam of 73 metres overall. It is designed for short take-off and vertical landing aircraft. The vessel was formally commissioned in December 2019.

However, it has since experienced several setbacks, including a minor flooding in May 2020 and significant flooding later that year in October, which caused damage to the electrical cabling. Sea trials followed in April 2021, with the ship being declared fully operational in October 2021.

From January of this year, HMS Prince of Wales is acting as NATO’s command ship, and heads the naval element of the alliance’s response force that is capable of being deployed quickly anywhere in the world to react to crises.