SMM wants to lead transition, but war could cause obstruction 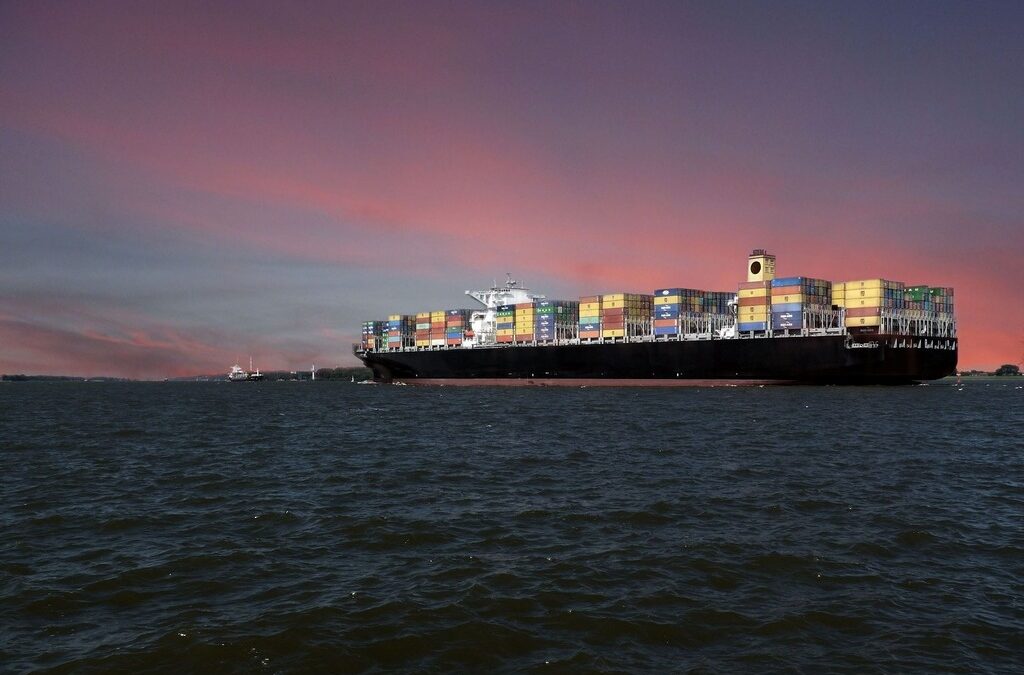 After being forced to cancel the fair at the eleventh hour due to the Covid-19 pandemic back in 2020, the Hamburg SMM is working hard to make the 2022 edition a success. The SMM’s chosen motto, “Driving the maritime transition”, shows great ambition to play a leading role in making international shipbuilding and shipping more sustainable. However, the political process that should produce the international regulations providing the legal basis for the greening of shipping, risks being delayed again by many years due to the Russian invasion of Ukraine and the dependency of the Russian economy on the export of oil and gas.

In every issue of SWZ|Maritime, SWZ|Maritime’s editor-in-chief Antoon Oosting writes an opinion piece under the heading “Markets” about the maritime industry or a particular sector within it. In the May 2022 issue, he discusses the energy transition in shipping and how Russia’s invasion of Ukraine may impact IMO’s revised GHG Strategy.

According to the International Energy Agency (IAE), Russia is a major player in the global energy markets. It is one of the world’s top three crude producers, vying for the top spot with Saudi Arabia and the United States. Russia relies heavily on revenues from oil and natural gas, which in 2021 made up 45 per cent of Russia’s federal budget.

With Brazil and Saudi Arabia and other important oil producers, Russia belongs to the International Maritime Organization (IMO) member states that are very reluctant to commit to a more ambitious Greenhouse Gas Strategy that a lot of other shipping states intend to impose.

In June (6 to 10) and December (12 to 16), two meetings of IMO’s Marine Environment Protection Committee (MEPC) are scheduled. In view of the urgency for all sectors to accelerate their efforts to reduce GHG emissions as emphasised in the recent IPCC reports and the Glasgow Climate Pact, the IMO recognised the need to strengthen the ambition of the Initial IMO GHG Strategy during its revision process. At its November 2021 meeting, the MEPC already adopted a resolution on voluntary use of cleaner fuels in the Arctic, to reduce black carbon emissions.

Also read: ‘Realism must be present in the debate on the energy transition in inland shipping’

All these meetings are intended to result in adopting a more ambitious GHG Strategy. A final draft Revised IMO GHG Strategy would be considered by MEPC 80 (scheduled to meet in spring 2023), with a view to adoption. The Initial IMO Strategy on Reduction of GHG Emissions from Shipping was adopted in 2018. The Committee invited interested member states and international organisations to work together and to submit concrete proposals for a revised strategy to MEPC 78 (June 2022) for consideration.

Closing the November 2021 (MEPC 77) session, IMO Secretary-General Kitack Lim said: ‘Strengthening the ambition of the Initial IMO GHG Strategy during its revision will be crucial. Our collective actions must show our dedication to contribute towards the global issue, climate change.’

According to Splash247.com colleague Sam Chambers, the EU, US and UK are among a growing host of nations demanding the IMO to revise targets to ensure shipping is GHG-free by 2050. In his report of 21 April, he stated that submissions are flying in ahead of the June MEPC meetup at the London headquarters of the IMO with an increasing swathe of western democracies demanding that the IMO ups its green targets to ensure all greenhouse gas emissions from shipping are phased out by 2050 rather than the existing target of a fifty per cent cut from a 2008 baseline. Proposals for both MEPC meetings in June and December are ramming IMO’s mailbox.

The first proposals for a more ambitious GHG Strategy were submitted in August 2021 by Kiribati, the Solomon Islands and the Marshall Islands, all three island states that are severely threatened in their existence by climate change induced sea-level rise in the Pacific Ocean. They called on the IMO to revise its 2050 target to ensure shipping is a zero emissions emitter by 2050.

Last month, this far-reaching proposal was followed by Australia, Canada, Jamaica, Japan, New Zealand, Norway, the United Kingdom and the United States. Currently, the levels of ambition in the initial IMO strategy include peaking GHG emissions from international shipping as soon as possible, and then to reduce total annual GHG emissions by at least fifty per cent by 2050 compared to 2008 levels.

‘There are strong arguments for the Organization to adopt a 2050 target to decarbonise international shipping,’ the submission from the US, the UK and others stated, arguing that the sector needed to be brought into alignment with the collective commitments of parties to the Paris Agreement. Admitting there was still much debate over the terminology of zero emissions, net zero or climate/carbon neutrality by 2050, the backers of the proposal said an exact definition of a 2050 target will need to be decided in the process of revising the initial IMO strategy.

No confusion or conflict

In their document the said states wrote: ‘This will need to be done in such a way that ensures there is no confusion or conflicting interpretation of the target agreed by the member states. However, what is currently clear is that the science and political perspective converge around 2050 being the year by which international shipping should no longer contribute to climate change.’

The document has since been endorsed by members of the European Union, including Greece, home to the world’s largest merchant fleet. In the submission sent by the 27 members of the European Union last month, the European bloc backed the changes suggested by the US, calling for a revision of the levels of ambition considering the latest climate science and the inclusion of a specific date of no later than 2050 to phase out GHG emissions from international shipping. EU countries also gave a thumbs-up for the possible introduction of an additional progress checkpoint in 2040.

Since the 24th of February, for the EU there’s another strong driver to eliminate Europe’s dependency on especially Russian energy and to say goodbye to fossil fuels. ‘The coronavirus pandemic is not yet behind us and the war in Ukraine another serious hit to the global economy and thus the international shipping industry, logistics chains and ports,’ said Bernd Aufderheide, the president and CEO of Hamburg Messe and Congress that is organising the SMM for the 30th time.

‘In addition to the pandemic and war, there is also global warming, which remains an existential problem facing mankind. A problem that even the shipping industry has to contend with. How do you go about making it climate neutral as quickly as possible? That’s also the core topic of this year’s SMM, with its leitmotif “Driving the maritime transition”.’

But this maritime transition is not an easy process, warned the renowned maritime economist prof. dr. Martin Stopford. ‘Shipping is not an ideal candidate for green fuels,’ said Stopford, according to whom all of the alternatives are less efficient than fuel oil and yet more expensive. He’s doubtful that the capacities will suffice. ‘It is unlikely that the industry will be able to get its hands on that much green fuel in the coming decade. In 2020, just thirteen per cent of electricity was generated from non-carbon fuels.’

He predicted more potential for ‘retrofitting packages’, which are complete solutions that significantly increase ship efficiency. ‘To sustainably retrofit the world fleet of 100,000 ships – that’s a huge task!’ said Stopford.

In some trades the economics of nuclear power are starting to be taken seriously, given the cost and limitations of conventional green fuels.

Stopford foresees that the coming years billions of dollars, euros or pounds will be needed to build more sustainable ships that in time can be retrofitted towards zero-emission. Suddenly everything on the ships is on the table, propulsion, fuel, digital technology, etc.’ Stopford predicts that in the deep-sea trade, the internal combustion trade will remain the preferable option for a long time to come with more sustainable zero-emission fuels like methanol coming available in commercial quantities around 2024/25 and hydrogen around 2030. Ammonia is still more difficult, is his opinion.

Battery driven propulsion in combination with fuel cells is still in an embryonic phase, said Stopford. Moreover, he gives the return of nuclear energy in shipping a good chance. Fifty years ago, all the experimental nuclear cargo ships disappeared, but the new design of a molten salt reactor looks very promising to Stopford. This type of reactor has a great advantage over older types of nuclear reactors as it shuts down by itself when the cooling fails.

‘It’s not quite on the table yet,’ noted Stopford, but it could be an interesting alternative as he expects green fuels to stay very expensive for a long time still.