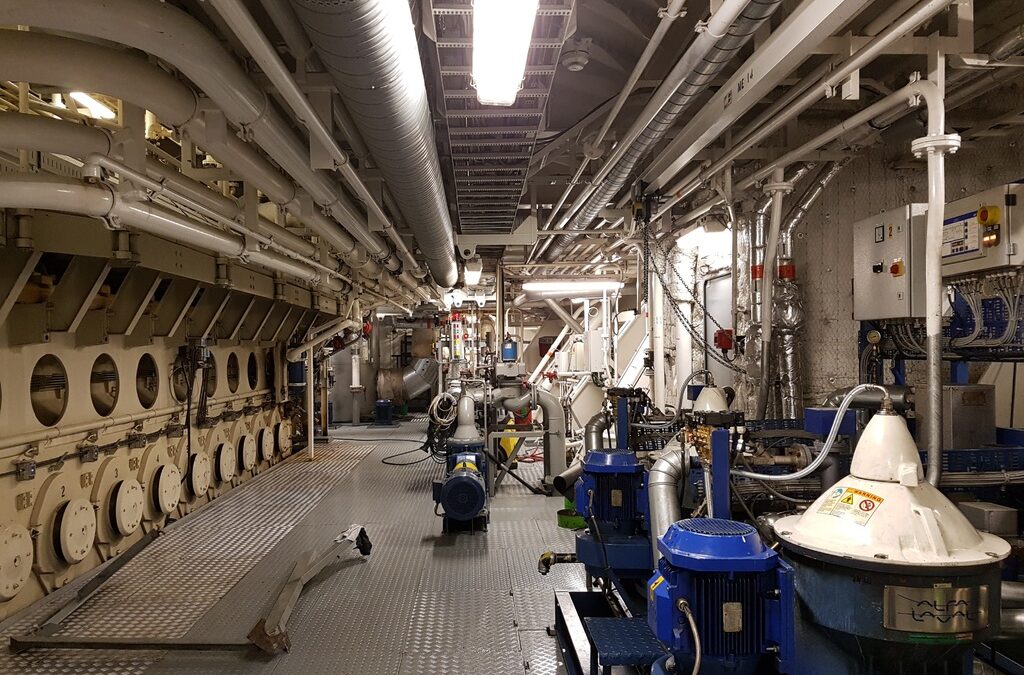 Much of shipbuilding may have disappeared from Europe, but European maritime suppliers and fitters still play a leading role in the world. However, every day the question becomes more pressing as to how long all these suppliers will remain truly European.

In every issue of SWZ|Maritime, SWZ|Maritime’s editor-in-chief Antoon Oosting writes an opinion piece under the heading “Markets” about the maritime industry or a particular sector within it. In the March 2022 issue, he discusses the importance of maritime suppliers to the European shipbuilding industry.

Although for more than a decade newbuilding in the three major shipping sectors of bulk carriers, tankers and container ships has been completely taken over by Asian shipbuilders, innovative ships are still being built in Europe. The more complex a ship and the more demanding its construction, the more likely it is that the order will still end up at a European yard. This is largely due to the cooperation between the yards and the European suppliers of all the equipment and fittings of a ship.

As things stand now, the threat that after a lot of production eventually all research and development will disappear to Asia as well, is becoming more serious. Europe would then face a very big problem, because it would also be very difficult to maintain the European naval shipbuilding industry and with that, the possibility of safeguarding European interests of free trade and democracy. Since February 24, we have been reminded of how important it is to be able to defend those values against aggressive dictators.

The days when shipyards preferred to keep everything in-house are long gone. Old aerial photographs, especially from several decades after World War II, show how shipyards often included huge complexes where, except for a few crucial parts such as the engines, almost everything was made and done by the yard itself.

During my first steps as a maritime journalist, it was pointed out to me by Govert Hamers (CEO at IHC from 2005-2013) that shipyards have primarily become system integrators. So shipyards mainly assemble other people’s stuff into the hull of a ship.

A spokesman for Imtech, which was still thriving at the time, explained to me in a production hall of former Van Rietschoten & Houwens, once illustrious as the in-house installer for the Royal Netherlands Navy, that suppliers and installers are already much more important than the welders at a shipyard. The steelwork of the hull and superstructure accounts for around thirty per cent of an average ship’s turnover. The rest (around seventy per cent) is the cost of propulsion plant and equipment and of the fitters and service providers.

With all the knowledge that ship designers in Europe have and can still develop, supported by knowledge and research institutes such as TU Delft, MARIN and TNO, European shipyards can, in theory, still build all types of ships. The fact that this is not happening and that newbuild orders in the last fifteen years have increasingly gone to Asian shipyards is purely because European shipyards are now continually losing in terms of price. Asia is simply cheaper, and often much more efficient.

And nowadays, there’s even more reason for a shipowner to go to Asia as the European banks, forced by ever restricting European laws and policies, have been retreating from the financing of shipbuilding. Chinese banks are very willing to help those much-maligned European shipowners with competitive financing offers. You can’t blame these shipowners.

Instead of constantly limiting financing options for shipbuilding and always attaching new conditions to it, shipowners were welcomed with open arms in China. That’s how especially the Chinese could strengthen their shipbuilding and position as a leading shipbuilding nation. In CGT (compensated gross tonnage), they already are the biggest in shipbuilding, but not in turnover, as the ships they have built so far are generally the less complex and therefore cheaper ones, like bulk carriers, tankers and container ships.

Yet, for the last ten years, they have also conquered an ever bigger share of more lucrative segments, such as the construction of (ro-ro) ferries, cruise ships, dredgers, and offshore construction vessels. Leading European ferry companies like Stena RoRo, DSV and CLdN (Cobelfret) and Swedish and Finnish ferry companies order more and more ferries from Chinese yards.

This is completely understandable considering business interests and competition, because the Chinese are still a lot cheaper and apparently no longer worse and perhaps even more efficient than the European yards. Gone are the days when the Chinese delivered half-finished products that then had to be thoroughly overhauled upon arrival in Europe.

This is all thanks to a deliberate policy of the Chinese government to focus on quality. Green field shipyards that popped up all along the riverside fifteen years ago have disappeared to make way for much larger, efficiently operating yards that can rely on government funding to always meet the needs of Europe’s most demanding clientele. And a yard that cannot meet the requirements is now simply declared bankrupt without hesitation.

Under China’s fourteenth Five-year Plan, Chinese state-owned enterprises (SOEs), such as the China Shipbuilding Group, and other shipyards are tasked with heavy spending on research and development (R&D) as part of the drive to step up the country’s innovative capacity and become more self-reliant in core technologies.

In papers circling in working groups of SEA Europe, the business interest organisation of the European shipbuilding industry, can be read that China is aiming to optimise the structure of its maritime manufacturing sector, upgrade the technical level of ship equipment and build a maritime fleet with advanced technology and green intelligence. Liquefied natural gas (LNG) ships and cruise ships are being actively developed to enhance the international competitiveness of Chinese container, crude oil, dry bulk cargo and special transport fleets.

Chinese shipbuilders have been successful in attracting several newbuild ferry orders pre-Covid, with the majority of ferries being delivered by Chinese shipyards in the coming years. This is consistent with formulated industrial strategies to gain leadership in high-technology maritime manufacturing segments, with orders being won through appealing price-setting.

Meanwhile, in November 2020, the assembly of the first Chinese domestically built, large ocean-going cruise ship began. This is widely perceived as a first step for China to enter the large cruise shipbuilding business currently dominated by Europe.

Backed by sincere support of the state, the Chinese shipbuilding industry proved to be also much more resilient during the Covid-19 crisis of the last two years. The pandemic hit at a time when the global trading environment was already under considerable strain from subdued demand, low profitability, market imbalances and protectionism. According to the China Association of the National Shipbuilding Industry (CANSI), orders for new vessels among Chinese shipbuilders declined 8.7 per cent year-on-year in the first eleven months of 2020.

European shipyards were hit much harder due to their predominant focus on high technology and niche market segments (such as cruise and passenger ships, and ferries), which suffered a freeze on orders. In 2020, newbuilding orders in Europe declined by 64 per cent in CGT.

While especially the shipyards in China and Korea could note a surge in newbuilding orders, Europe by contrast continued to suffer from the dramatic impacts of the Covid-19 pandemic with extremely low contracting volumes recorded. In CGT terms, Korea won 46 per cent of global new orders in 1H 2021 followed by China (forty per cent) and Japan (8.1 per cent).

By contrast, Europe’s share in order intake further shrank to a record low of 1.3 per cent in the first half of 2021 (from last year’s five per cent share). Chinese yards kept their global leading position in output (38 per cent of ships delivered in 1H 2021), followed by Korea (33.5 per cent), Japan (seventeen per cent), and Europe (five per cent).

And now there’s another threat for the European shipbuilding industry in the form of the European taxonomy policy, that determines which economic activities are environmentally sustainable. SEA Europe is very worried that the EU regulations will prescribe what solutions are acceptable.

In general, SEA Europe recalls that there is no “one-size-fitsall” solution for the transformation of waterborne transport towards a zero-emission mode of transport, due to the large variety of ship types and ship trades, and that the optimal pathways towards rapid emission reduction, zero-emission ships and climate neutrality are by no means straightforward.

To the detriment of the sector

The real danger is that with all these restrictive regulations, the EU is strangling the maritime sector. Last December, SEA Europe noted in a press release that with Covid-19, Asia’s competitive distortions have only aggravated, to the detriment of Europe’s maritime technology sector.

Almost all recent orders for newbuild vessels, including green ones, have been placed in South Korea or China, also by European shipowners, due to the low prices offered as a result of past and present state support. Hence, any additional competitive distortions will no doubt result in a loss of the remaining part of Europe’s maritime technology sector, at a time when Europe aims to implement the European Green Deal, also for the waterborne (transport) sector.