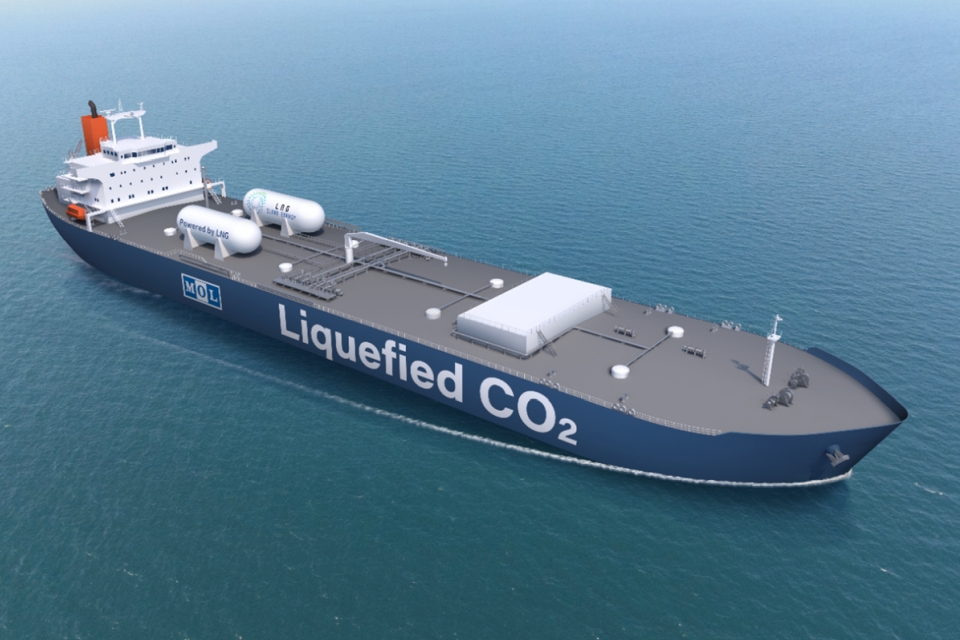 ClassNK has issued an approval in principle for the design of a large liquefied carbon dioxide (LCO2) carrier. Mitsui O.S.K. Lines (MOL) developed the vessel in a research and development project for Japan’s New Energy and Industrial Technology Development Organization.

MOL launched research and development (R&D) on the adoption of a large-scale liquefied CO2 carrier in response to a call for proposals by Japan’s New Energy and Industrial Technology Development Organization (NEDO) to complete the conceptual design, under a project entrusted by NEDO to Japan CCS (JCCS).

The LCO2 carrier developed is intended as a practical solution to the need for long-distance transport of CO2 on a scale of 1 million tonnes a year, based on NEDO’s vision to implement carbon capture, utilisation and storage (CCUS) technology by 2030.

ClassNK carried out the design review of the LCO2 carrier based on its Part N of Rules for the Survey and Construction of Steel Ships incorporating the IGC Code. Upon confirming the conformity to the relevant rules, ClassNK issued the approval in principle.

At the initial stage of designing or before the specific target ship to be implemented is decided, the design is examined based on the existing regulations such as international conventions and ship classification rules, and an approval in principle is issued as proof of conformity with requirements. It also prevents rework of regulatory aspects in the post-process, shortens the examination time at the time of class registration, and can be used as a technical basis for external appeal of the design status.