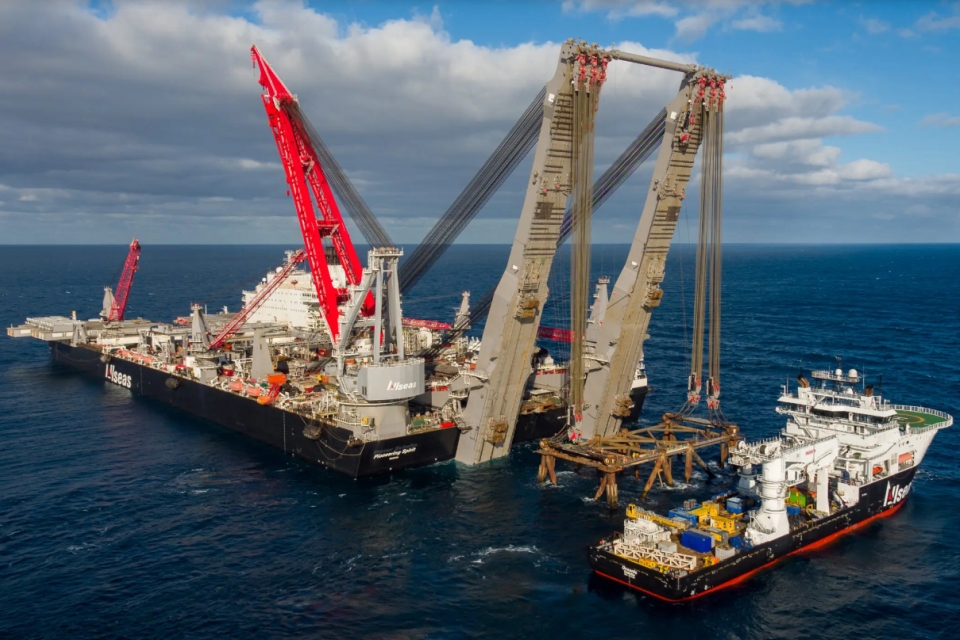 After years of design, engineering, building and testing, it was time to deploy the Pioneering Spirit’s revolutionary jacket lift system for the first time on a commercial project. Allseas has made a mini documentary about the system that covers everything from idea and design to deployment. The latest episode is available now.

In episode 4 of Allseas’ mini documentary on the jacket lift system, you can see Pioneering Spirit on its way to the North Sea. Waiting for the vessel is a decommissioned jacket weighing more than 8000 tonnes.

Equipped with two unique lifting systems, Pioneering Spirit is now complete. Offering the offshore energy market a total solution for heavy lift work. A very busy summer with a record number of offshore lifts is in full swing. Many with the new jacket lift system, which was designed, engineered and built by the pioneers of Allseas.

The jacket lift system was built to install and remove entire jackets up to 20,000 tonnes, in a single lift. It can operate in hostile weather conditions and the new technology offers a safer and faster alternative to conventional systems and removes the need for a barge.

Allseas felt such a special project deserved extra attention and decided to make a documentary on the jacket lift system. In it, engineers that developed the system and that are at the forefront of bringing it to life explain more about the project. The first episode was released in November. Watch all 4 episodes below (latest first).