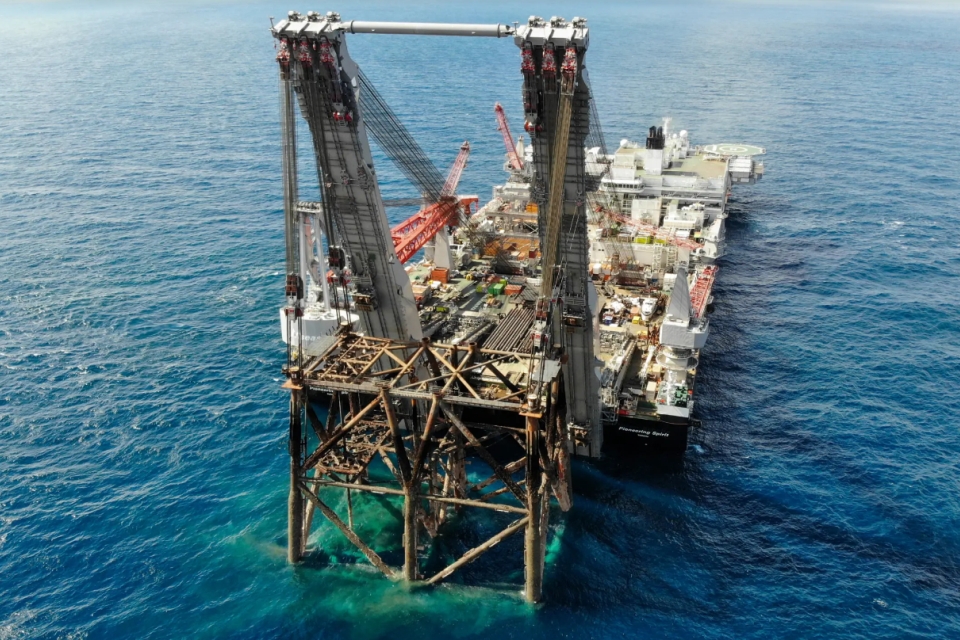 Delivery of the Gyda jacket for recycling concludes the latest decommissioning job for Allseas in 2022. At 11,000 tonnes, the latest lift job for the new jacket lift technology of the Pioneering Spirit is one of the heaviest ever.

Allseas‘ Pioneering Spirit is the largest vessel in the world and capable of lifting and transporting entire platform topsides of up to 48,000 tonnes in one piece using motion-compensated single-lift technology. The twin-hulled vessel is 382 metres long and 124 metres wide. Earlier this year, the vessel’s new jacket lift system was installed.

The jacket lift system can install and remove entire jackets up to 20,000 tonnes in a single lift. It can operate in hostile weather conditions. The innovative technology enables direct transfer of structures to and from the quayside and eliminates the need for support barges. Significantly shorter operating times also translate to emissions savings.

In September 2021, the largest parts of the jacket lift system were installed on board: the 13-metre wide main beams. In January, the system was load tested, followed by trials in February. In April, the system was deployed for its first project: the removal of CNR International’s Ninian Northern jacket from the northern North Sea.

All pictures by Allseas.