‘Navigating in fog is not a time to undertake administrative duties’ 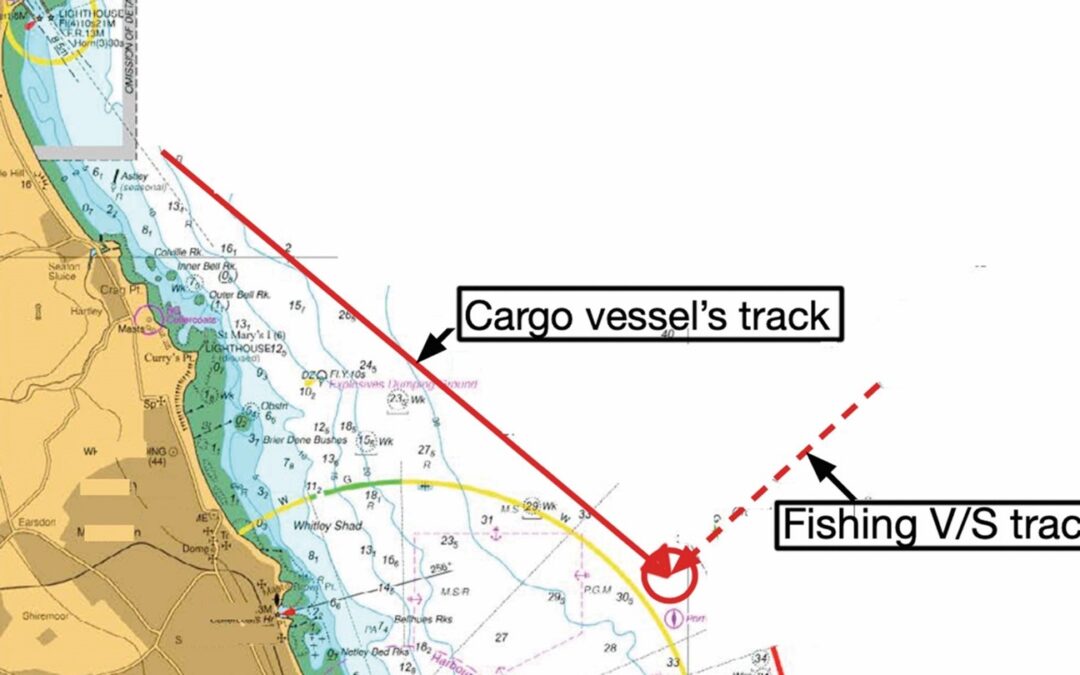 Continuously monitor your radar when navigating in poor visibility. The Nautical Institute gives this warning in its latest Mars Report in which a general cargo ship collided with a fishing vessel. The latter sank as a result.

A small general cargo ship left port in the mid-afternoon in foggy conditions. After the pilot disembarked, the master set the autopilot to steer 129°, increased the ship’s speed to 8 knots and released the helmsman to other duties on deck.

Soon, the officer of the watch (OOW) arrived on the bridge and the master handed him the con. The OOW called a crew member to the bridge for lookout duties as visibility was now reduced in fog. He then checked the radar and AIS and saw no traffic of concern, so he went to the bridge computer/chart table and undertook administrative duties.

Meanwhile, a fishing vessel was inbound for the same port as the general cargo was leaving. The captain had set a course on the vessel’s autopilot of 229 degrees, and its speed was about 5 knots. He was using his radar, switching between various range scales for detection of other vessels, but did not see any. As the vessel approached port, the captain left the wheelhouse and went to the aft deck to check on the deckhand.

At about this time, the OOW on the general cargo vessel now observed a target on the radar at less than 1 nm, about 30 degrees on the port bow. He reduced the radar range scale to 3nm and checked the AIS for any signal from the target, but none was seen. He instructed the lookout to look for a contact and then joined him on the port side by the closed bridge wing door. They both searched visually, the OOW using a pair of binoculars.

Suddenly, they both saw the fishing boat emerge from the fog, 30 degrees on the port bow. The OOW sounded one long blast on the ship’s whistle and then switched the helm to manual control and put the rudder hard-to-starboard. This action was nonetheless too late as the fishing vessel struck the cargo vessel’s port side. The fishing vessel’s captain and deckhand were thrown to the deck by the force of the collision. Although the crew of the fishing vessel were later rescued, the fishing vessel eventually sank due to an ingress of water.

The report found, among others that neither vessel was making sound signals, which could have alerted them to the other’s presence. Of course, with the captain of the fishing vessel not even in the wheelhouse, an effective lookout was impossible on that vessel.

The report also found that, due to administrative duties that distracted from his navigation, the OOW of the cargo vessel became aware of fishing vessel’s radar return when it was less than 1 nm away. At that range, and with a closing speed of about 11 kts, it gave him only about five minutes to assess the risk of collision and take avoiding action.

This accident was covered in the Mars Reports, originally published as Mars 202222, that are part of Report Number 356. A selection of this Report will also be published in SWZ|Maritime’s July-August 2022 issue. The Nautical Institute compiles these reports to help prevent maritime accidents. That is why they are also published on SWZ|Maritime’s website.