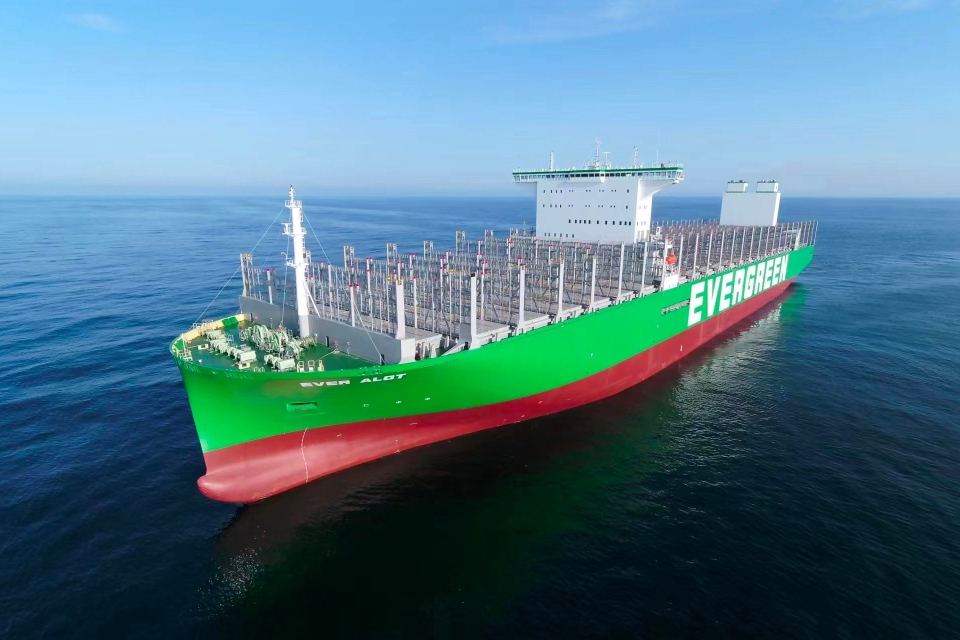 The arrival of the Ever Alot in the Amazonehaven at ECT is provisionally scheduled for Friday, 12 August. The vessel has a capacity of 24,004 TEU, officially just a little more than former record holder Ever Ace can carry (23,992 TEU). This officially makes the Ever Alot the largest container ship in the world.

The Ever Ace and Ever Alot are both 400 metres long and 61.5 metres wide. Both ships belong to Evergreen’s A class. Twelve vessels fall within this class. Of the seven completed vessels, six have a capacity of 23,992 TEU, but the Ever Alot now breaks the magic barrier of 24,000 TEU.

The Ever Alot can only enjoy its acquired status for a short while. Last Monday, 1 August, the MSC Tessa was launched at the world’s largest shipyard Hudong-Zhonghua Shipbuilding in Shanghai. It has a capacity of 24,116 TEU and will enter into service later this year.

The official capacity is based on stacking empty standard containers 20 feet long (six metres) and 8 feet high (2.43 metres). In practice, these ships mainly load 40-foot containers and their actual capacity is lower than the “theoretical” 24,000 TEU. The “megamax container ships” reached the 400-metre length years ago. Ships are not made larger because they would not be allowed to pass through the Suez Canal, which is the main shipping route between South-East Asia and Europe.

Meanwhile, with the MSC Irina and the MSC Michel Cappellini, the Yangzijiang Shipbuilding yard has two container vessels under construction with a nominal capacity of 24,232 TEU.