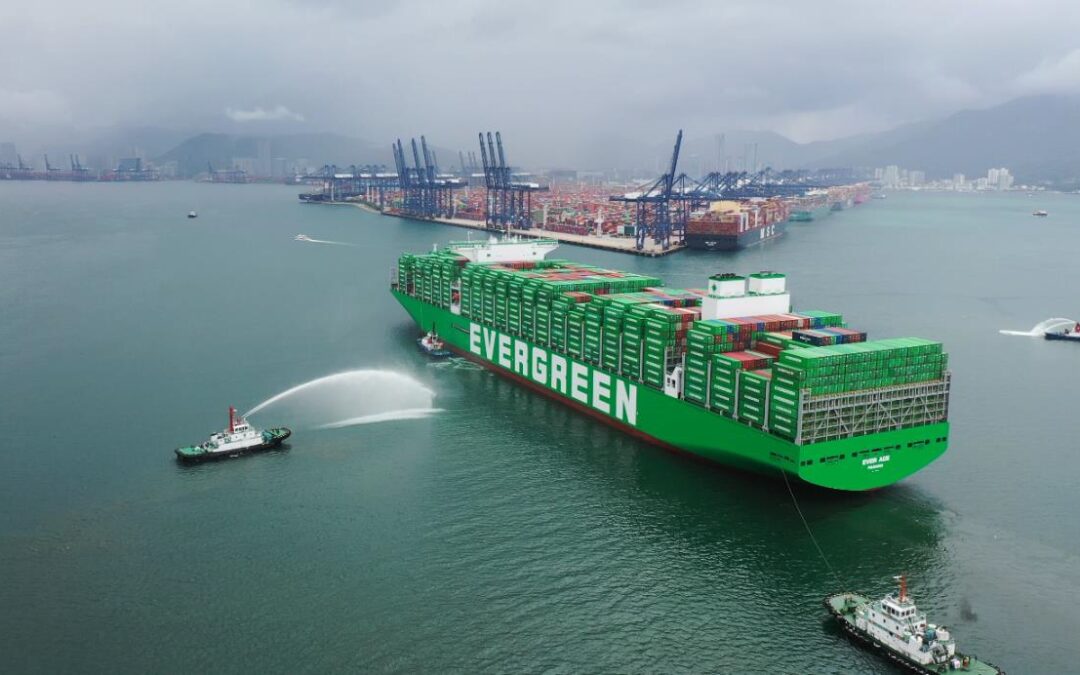 The world’s largest container ship, the Ever Ace (23,992 TEU) is set to arrive at the ECT Delta Terminal in the Port of Rotterdam on 4 September. It takes the title from the HMM Algeciras of 23,964 TEU, which visited Rotterdam on its maiden voyage just last June.

Evergreen’s Ever Ace (400 x 62 x 33.2 metres) was delivered by Samsung Heavy Industries in July. It is the first in a series of ten ships. Sister vessels Ever Act, Ever Aim, and Ever Alp will be put into operation later this year.

In addition to setting the record for world’s largest container ship, it also breaks the HMM Algeciras’ record in terms of cargo carried on the ship. The HMM Algeciras set the record at 19,621 TEU, whereas the Ever Ace left Hutchison Ports Yantian in China in August with 21,718 TEU on board.

The ship is expected to arrive on Saturday afternoon during Rotterdam’s World Port Days.