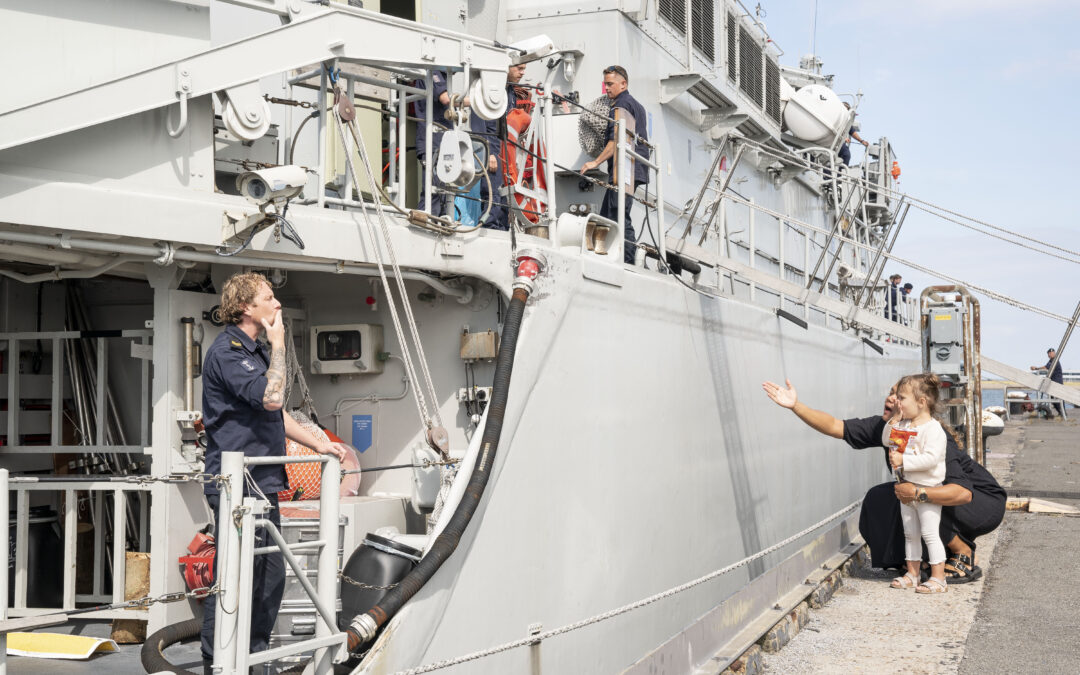 On Sunday 7 August, the mine countermeasure vessel HNLMS Vlaardingen left to join the Standing NATO Mine Countermeasures Group 2 (SNMCMG2). This NATO alliance is a permanent fleet that focuses on mine action in and around the Mediterranean Sea. It also ensures that the fleet is ready at any time for military operations as part of the NATO Response Force.

The alliance ensures a permanent maritime capability for operations and other activities, both in peacetime and during periods of crisis and conflict. SNMCMG2 also contributes to demonstrating the alliance’s capability to partner countries, strengthening diplomatic ties and demonstrating solidarity.

The alliance usually consists of up to eight minehunting ships and a support ship from one of the participating NATO members. The ships take part in mine-fighting exercises, maritime security patrols and are immediately deployable if necessary.

The departure is earlier than planned. This is to be able to join the NATO fleet as soon as possible and to sail to the Mediterranean together with the Belgian colleagues on board BNS Narcis. The journey will take about fifteen weeks in total.

Earlier this year, the minehunter HNLMS Schiedam already took part in the Standing NATO Mine Countermeasures Group 1 (SNMCMG1). SNMCMG1 operates in northern waters such as the North Sea and Baltic Sea.