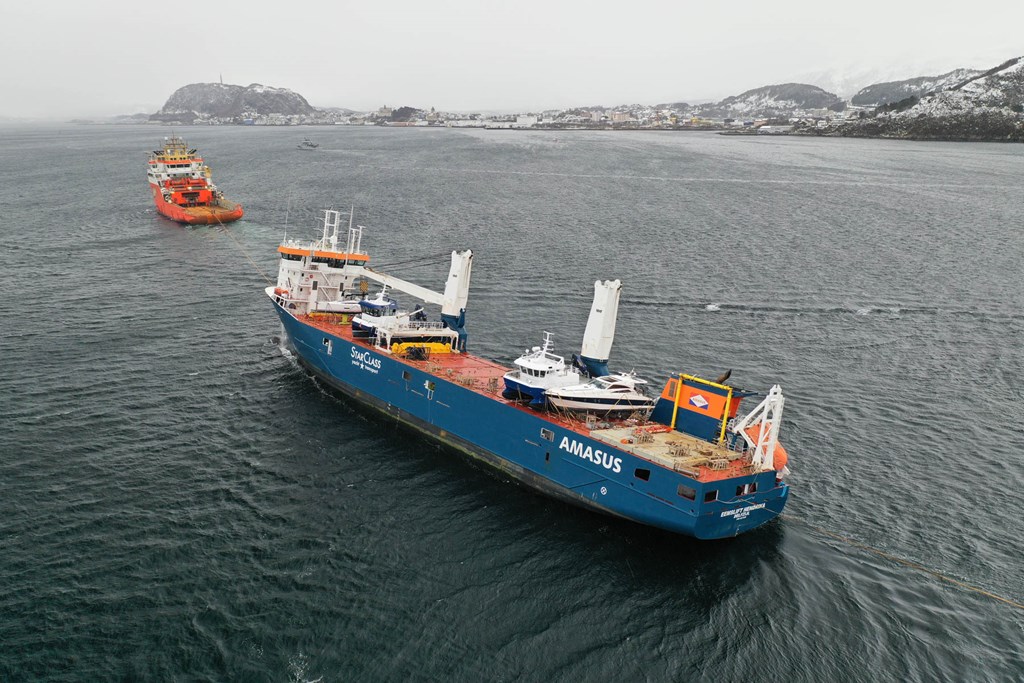 In April 2021, Dutch cargo vessel Eemslift Hendrika had to be salvaged after azimuth thrusters in the cargo hold had shifted and punctured an anti-heeling tank and ballastwater tanks. An investigation by the Dutch Safety Board has revealed that the lashing system used was unable to cope with the conditions during the sea voyage.

On 5 April 2021, the Dutch cargo vessel Eemslift Hendrika ran into difficulties off the coast of Norway during a northwestern storm. The cargo hold contained, among other things, azimuth thrusters.

All crew members were evacuated. The vessel continued on its way on automatic pilot. The next morning it became clear that propulsion had cut out. The wind was blowing the vessel slowly in the direction of the Norwegian coast. During the night the vessel also lost a portion of the deck cargo, and took the jib of the deck crane with it, damaging the hull of the vessel. On April 7, a Smit Salvage team managed to board the vessel after which it could safely be towed into Ålesund harbour.

Lashing system on board Eemslift Hendrika

After an investigation, the Dutch Safety Board has found that the lashing system used could not cope with the weather conditions. With the choice for an open sea voyage with the predicted bad weather conditions and against the advice of the owner, the margins of safe navigation were pushed. Because the weather conditions deteriorated, it became impossible to maintain course and speed, and the ship had to ride out the storm. At no time did the operator and owner give a direct order to take a safer, alternative route.

The lashing system could not handle these conditions and failed. In theory, the load capacity of the lashing system was sufficient. However, the azimuth thrusters had not been lashed into the hold by the crew in accordance with the plan, the Safety Board has found, which resulted in different forces being exerted on the lashings than previously calculated.

In addition, the Dutch Safety Board says the operator did not provide a control mechanism that guaranteed that the azimuth thrusters were lashed in the same way as planned. The shipping company had extensive knowledge and experience in the field of loading and lashing cargo and azimuth thrusters. This knowledge and experience were not (pro)actively shared with the crew, so the knowledge was not fully utilised.

The perception among part of the industry that a captain cannot receive instructions has grown historically. Traditionally, a captain was dependent on himself and his crew during sea voyages. In the present time, shore communication with ships has improved and there is regular contact between the office and the ship. This allows an operator or ship owner to give instructions if a situation requires it. The Dutch Safety Board therefore issues the following recommendation.

Shipping of cargo is a process that consists of a number of fundamental or conditional steps. Each of these steps involves one or more parties who play a certain role in the process. This incident has shown that it is important for all parties involved to draw each other’s attention to unusual characteristics of a cargo, as is already prescribed for heavy lifts, even if it does not fall into the category of a “heavy lift”. To promote this, the Dutch Safety Board issues the following recommendations.