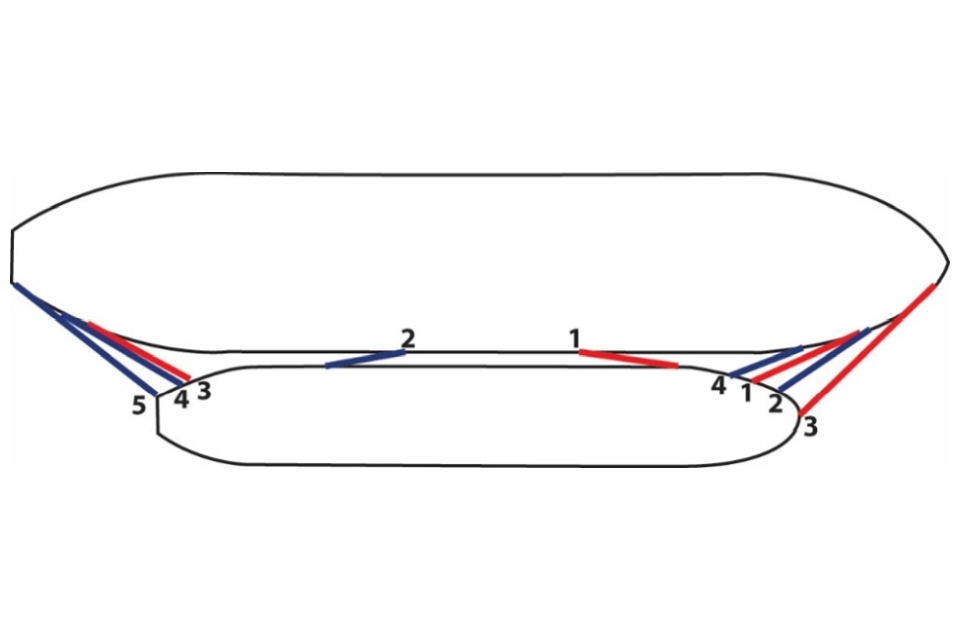 Two tankers met at a specified ship-to-ship transfer (STS) area, and were secured together as shown in the diagram. Despite calm weather, one of the spring lines broke as a result of chafing damage.

Seas were smooth with a one-metre swell and wind was very light (5 knots). Moderate rolling and pitching was noted. Loading commenced, but at one point during loading the deck watch reported that a spring line had broken. The crew took immediate action and the failed line was replaced. Transfers continued without further incident.

Also read: Ship-to-ship transfer ends with a touch of bows

The company investigation found that the vessel was equipped with two mooring systems – mooring wires fitted with tails, and mooring ropes. In this case, the vessel used mooring ropes. All were reported to be in excellent condition with a rating 10 on a scale of 1 to 10 where 10 is new, 9 excellent and 1 is for scrap.

The investigation found that excessive movement of the vessels in combination with a less than adequate arrangement of protective sleeves caused chafing damage on the mooring lines.

This accident was covered in the Mars Reports, originally published as Mars 202220, that are part of Report Number 355. A selection of this Report was also published in SWZ|Maritime’s June 2022 issue. The Nautical Institute compiles these reports to help prevent maritime accidents. That is why they are also published on SWZ|Maritime’s website.