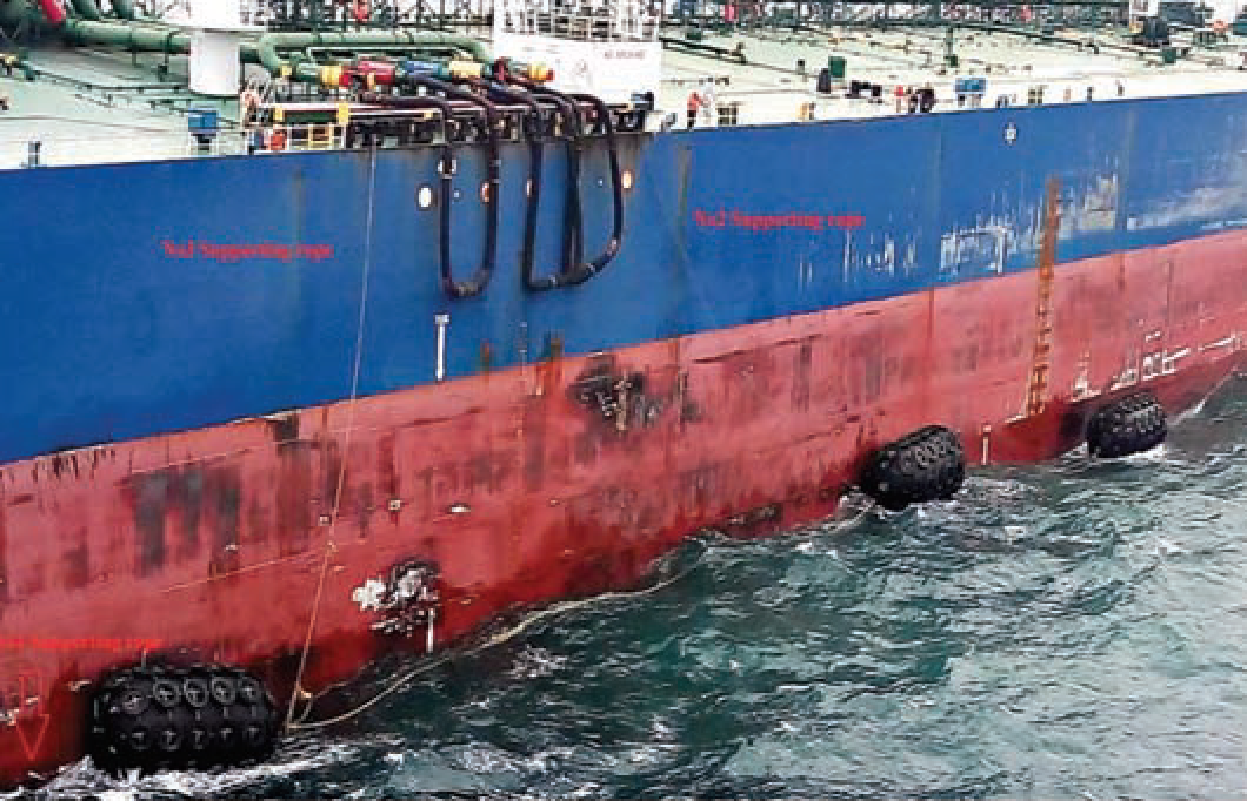 Despite a supporting rope on one of the four fenders breaking, a terminal still wanted a ship-to-ship transfer to continue. The Nautical Institute discusses the situation in a recent Mars Report and stresses safety should always be the top-most priority.

A suezmax came alongside a docked very large crude oil tanker (VLCC) to carry out a ship-to-ship transfer (STS) operation. While the hoses were being connected, a supporting rope on one of the four fenders broke. The Safety Inspector was informed, and immediately carried out a visual inspection together with vessel’s staff.

The vessel requested to suspend operations in order to evaluate the situation; the terminal suggested that they should continue with making hose connections as the situation was under control.
As the hose connections were being completed a second supporting rope broke. This was rectified and cargo transfer operations took place without further incident.

The investigation found that the supporting ropes for the fenders were in doubtful condition.

This accident was covered in the Mars Reports, originally published as Mars 202062, that are part of Report Number 337. A selection of this Report has also been published in SWZ|Maritime’s December 2020 issue. The Nautical Institute compiles these reports to help prevent maritime accidents. That is why they are also published on SWZ|Maritime’s website.