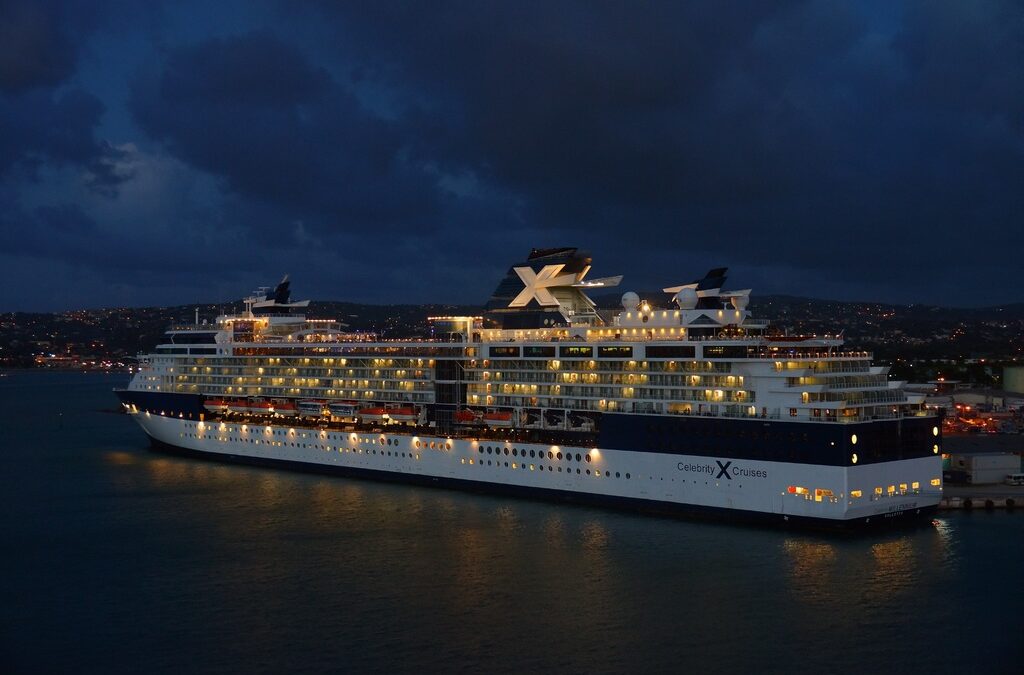 Blackouts represent a major accident hazard for the passenger ship industry. A new DNV guidance paper “Managing the risks of blackouts” addresses the prevention and mitigation of blackouts to support safe operations as the sector finds its feet again following the pandemic.

In certain situations, the resulting loss of propulsion after a blackout may pose an imminent threat to the ship, its passengers and its crew. DNV’s new guidance addresses the main causes and risks associated with blackouts, while offering recommendations and best practices to prevent and mitigate them. The paper outlines a five-step structured approach that makes the information and practical tools easy to access and implement.

‘While in recent years there has been a lot of focus on sustainability factors, we urge owners and operators to not lose sight of the safety element. By increasing awareness of what to do to avoid and manage blackouts, we want to contribute positively to building trust,’ says Hans Eivind Siewers, Segment Director Passenger Ships & Ro-Ro at DNV.

If Siewers were to select just three core blackout prevention principles, they would be, firstly, that operators set clear safety performance goals while managing all conflicting objectives (such as decarbonisation and cost pressures) that might hinder those goals.

Secondly, they should assess the fault tolerance in power management and propulsion systems to ensure safe and reliable operations. This can be done by conducting Failure Mode and Effect Analysis (FMEA).

Thirdly, efforts should be made to bolster training, especially for new personnel, through blackout prevention and recovery testing, ensuring that power and propulsion systems, as well as human interaction, are robust and aimed at rapid recovery.

Power losses on the rise

Blackout occurs when there is a sudden total loss of electric power in the ship’s main power system. Most passenger ship operators have experienced it, but the majority of such incidents occur in open water or while moored in port with minimal consequences. However, reported instances were on the rise pre-pandemic and in 2019, the media reported twelve power loss events on cruise ships that resulted in full or partial blackout while in transit or manoeuvring. That was up from four events in 2018.

Blackout is very much related to engine and machinery failures and the joint DNV/Lloyd’s List Intelligence 2012–2021 Maritime Safety report found that machinery damage accounts for 58 per cent of all passenger ship casualties. Factors such as new fuels, change of speed and other measures to remain compliant with Energy Efficiency eXisting ship Index (EEXI) and Carbon Intensity Indicator (CII) regulations could also increase the risks.

‘All this should prompt industry stakeholders to make machinery a focus area for safety amid the transition to cleaner energy carriers,’ says Siewers.

In its paper, DNV introduces a five-step model for managing blackout and loss of propulsion risks both for ships in operation and newbuilds. This presents a user-friendly, logical progression examining the underlying interrelated causes of faults that lead to blackout and resulting loss of propulsion, and the factors influencing successful recovery.

Each step culminates in recommendations and best practice based on insights from incident statistics, literature reviews, workshops with key operators and collaboration with experts. Learnings have also been drawn from other segments, particularly offshore, which traditionally has a very strong safety regime.

There are many “barrier” risk models available to assist in the identification and management of risk. In this case, DNV has used a simplified bow tie model to present the threats and barriers that contribute to increasing/decreasing the likelihood of blackout and the mitigating barriers for supporting recovery.

Barriers in a bow tie can be characterised as technical or operational. The latter can be manifested at an organisational or individual level. Risk management requires that all factors influencing human, organisational and technical (HOT) elements are identified and their interactions understood.

IMO rules, SOLAS regulations, together with core class rules, constitute the mandatory requirements for blackout prevention and recovery that generally provide a minimum technical standard for a newbuild. The aim of the SOLAS Safe Return to Port (SRtP) regulations, which apply to ships over 120 metres long, is to increase safety through more redundant and segregated system configuration. However, they do not specifically target operational reliability, where a single failure may still lead to functional loss of power, possibly requiring extensive manual intervention.

In segments where a blackout and even a temporary loss of propulsion may have severe consequences, additional measures are either required or voluntarily added by owners aiming for higher reliability or availability.

To tackle machinery failures and reduce the risk of a total blackout, DNV published an additional class notation, Operational Reliability (OR), in July 2021. This applies to passenger ships built to SRtP regulations and specifically targets resilience and availability of propulsion, steering, electrical power and manoeuvrability.

Blackouts can often be traced back to the operation of increasingly complex interconnected systems. Everyone is being pushed to design and implement technical solutions and operations that reduce costs and improve energy efficiency.

‘Integration complexity challenges our ability to fully understand how these systems behave in practice and has become an increasing concern for the entire industry,’ says Siewers.

The guidance paper is intended to support a step change in safety for operators, from gaining an overall understanding of causes of blackouts, defining safety ambitions and prudently managing conflicting goals to identifying appropriate operational and technical measures to reduce risk based on cost-benefit evaluations.

Article and pictures by DNV.