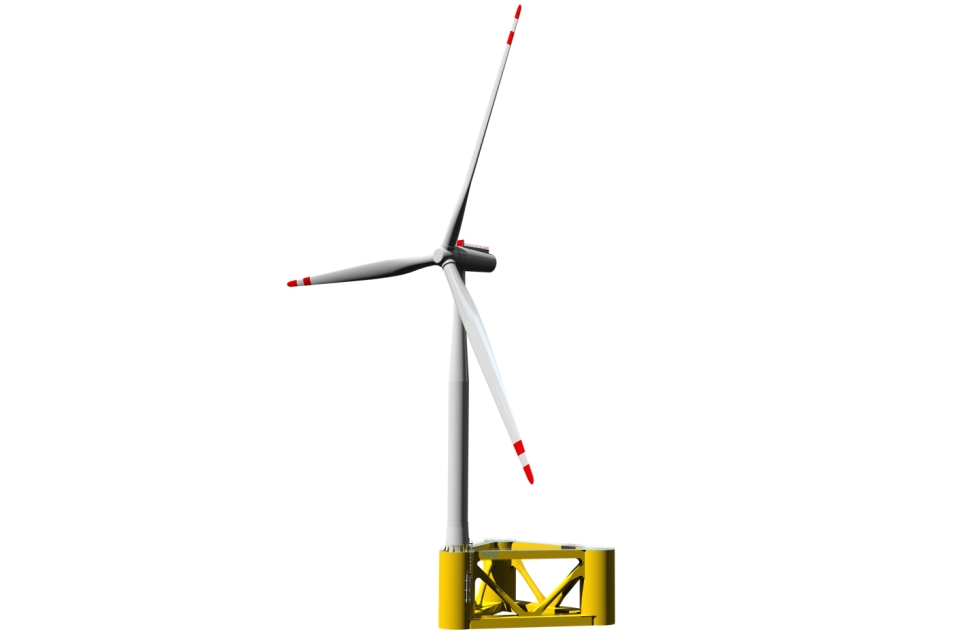 DNV has awarded Inocean AS, a Norwegian subsidiary of Technip Energies, approval in principle and basic design approval for their new INO12TM semi-submersible platform concept. The platform has been designed to accommodate a 12 MW wind turbine, with a life span of 25 years without dry docking.

The concept emerged initially from internal research at Inocean and was further refined in the WINDMOOR research project, a four-year project funded by the Research Council of Norway and the offshore wind industry.

The INO12TM semi-submersible floating wind concept utilises a simple and lean design, which has been tailored towards mass production and scalability. The concept also offers the possibility of full assembly at the quayside with direct access to the tower.

An approval in principle is an independent assessment of a concept within an agreed framework, confirming that the design is feasible, and no significant obstacles exist to prevent the concept from being realized. A basic design approval is the stage of review where global aspects of the design, hull structure, stability, mooring, marine systems, and technical safety, are reviewed and approved by DNV in order to clarify key details at an early stage and reduce the scope of a subsequent full class approval.

Picture: The INO12 semisubmersible platform concept (by Inocean AS).