Nuyina, Spartacus and Viva compete for KNVTS Ship of the Year Award 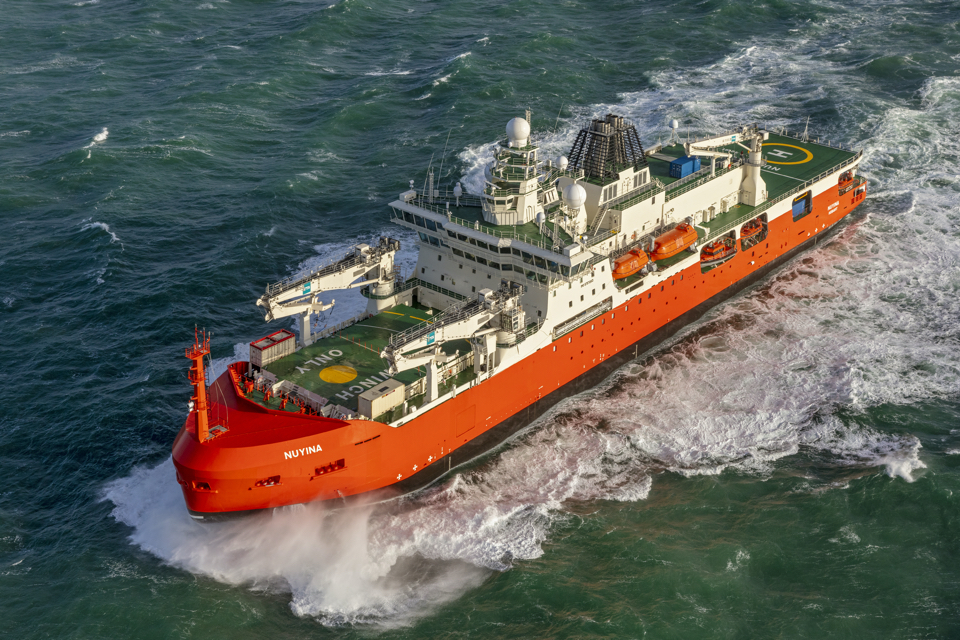 The jury of the Maritime Award: KNVTS Ship of the Year 2022 has nominated three ships for the Netherlands’ most prestigious maritime award. The award will be presented for the 24th time during the Maritime Awards Gala 2022. This year, the battle is between icebreaker Nuyina, dredger Spartacus and superyacht Viva.

The nominees in random order are:

An icebreaker and a research vessel in one; according to the ship’s builder Damen Naval, the Antarctic Supply and Research Vessel Nuyina is the most complex ship ever built by the shipyard. With a length of 160 metres and a cargo capacity of 24,000 tonnes, the Nuyina is said to be the most advanced arctic research vessel in the world. The ship has a range of 16,000 miles at a speed of 12 knots, and can break 1.65 metres of ice at a speed of 3 knots.

The design and construction of the vessel was a multinational effort involving the Australian Antarctic Division, the vessel operator Serco, Danish designers Knud E Hansen, Damen’s engineering and detail design teams and the construction team at Damen Shipyards Galati in Romania. Around 120 Dutch companies from the entire supply chain of Dutch shipbuilding were involved in the project.

The Spartacus is the world’s most powerful cutter suction dredger to date. It was built by the Dutch shipyard Royal IHC for DEME Group. The 44,18-kW Spartacus is also the first to be powered by liquefied natural gas (LNG). The four main engines can run on LNG, marine diesel oil (MDO) and heavy fuel oil (HFO). The two auxiliary engines also incorporate dual-fuel technology.

The Spartacus features several additional innovations, such as a waste heat recovery system, a one-man operated dredge control and a heavy-duty cutter ladder that can reach a dredging depth of 45 metres.

Its first dredging and land reclamation project was the development of the Abu Qir port in the vicinity of Alexandria in Egypt.

Feadship has built motor yacht VIVA for a western foreign account with the brief to design a comfortable ship with free views from the accommodation and moreover environmentally friendly and Tier III compliant.

The Viva is an eco-friendly 94-metre pure custom Feadship with an advanced hybrid propulsion system. This allows Viva to travel a comfortable 12 knots on diesel-electric power. The yacht’s consistency in all aspects landed it the 2022 Motoryacht of the Year award at the 2022 BOAT International World Superyacht Awards.