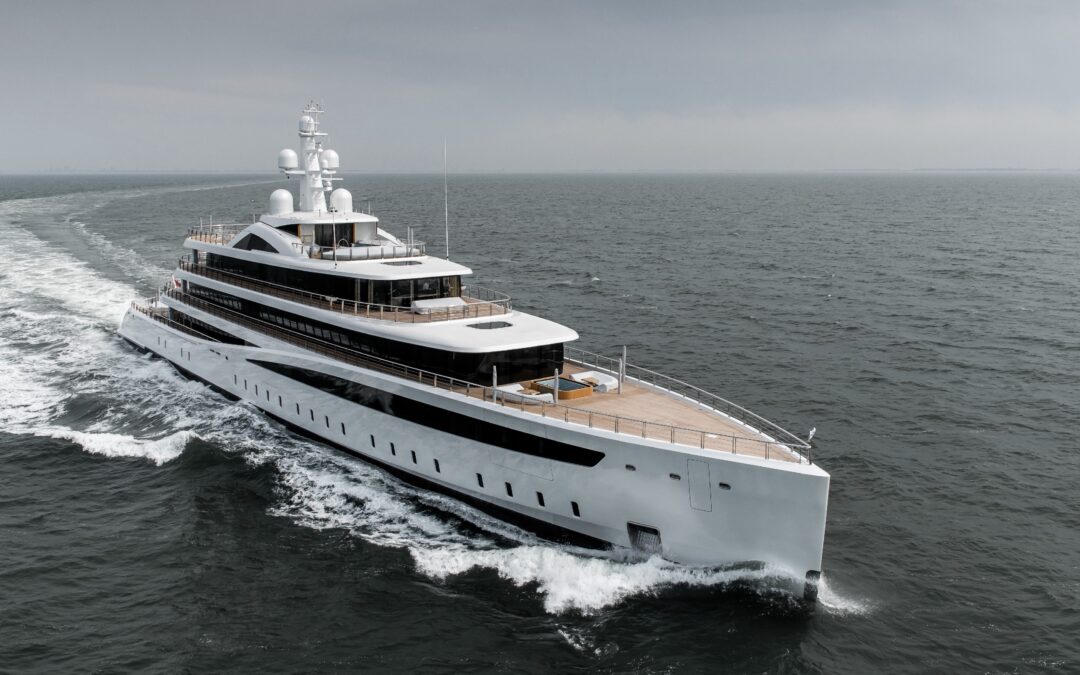 Feadship won four prestigious prizes at the 2022 BOAT International World Superyacht Awards (WSA) on Saturday 21 May. VIVA, Somnium and Vanish triumphed in their respective categories, with VIVA also taking home the Motoryacht of the Year award.

In its seventeen-year history, several cities have hosted the World Superyacht Awards, including Amsterdam, Istanbul, Florence and Monaco, but this year the ceremony returned to London. The gala ceremony to announce the winners of the 2022 Neptune trophies was held in front of a live audience at the historical Guildhall. The winners were decided upon solely by a panel of superyacht owners.

‘Receiving four awards including Motoryacht of the Year is another great recognition for the passion of our Feadship craftsmen and the teamwork of all parties involved,’ says Jan-Bart Verkuyl, Feadship Director and CEO Royal Van Lent Shipyard. ‘We would like to thank the owners of VIVA, Somnium and Vanish, who made this possible.’

Viva’s consistency in all aspects made it a winner by a large margin of the 2002 Motoryacht of the Year award. The Viva is an eco-friendly 94-metre pure custom Feadship with a hybrid propulsion system. This will allow Viva to travel a comfortable 12 knots on diesel-electric power.

‘Such allround excellence,’ the judges felt, ‘was largely due to the detailed consideration given to every aspect of the vessel. The owner’s knowledge and complete involvement with specifications also paid dividends. As a result, this yacht has it all, from an attractive exterior design with superb deck spaces to an enviable beach club and a modern interior by Peter Marino that connects with the outside through huge windows, plus a general arrangement plan entirely suited to the needs of the owner, guests and crew. Viva also lacks nothing on the technical and operational side.’

The judges were equally impressed by its ‘sustainably minded power and propulsion system, optimal technical areas, a practical tender garage, excellent living and working facilities for [its] crew, and a superlative quality.’ VIVA is also the winner of the Displacement Motoryachts between 2000 GT and above category.

The next prize for Feadship was in the Displacement Motoryachts between 500 GT and 999 GT category for the 55.20-metre Somnium. Unlike the majority of boats in this size range, the judges noted that ‘Somnium is a full custom yacht built for an exacting owner who made bi-weekly visits to the shipyard throughout the design and build process.’

The judges praised its excellent balance between the calmly decorated facilities for the owner and his guests – all perfectly tailored to the needs of the family. The Somnium was the first pure custom superyacht for a Northern European owner and has a top speed of 15 knots.

Another award came in the Displacement Motoryachts between 1500 GT and 1999 GT category. The 71.50-metre twin propeller yacht has a steel hull and aluminium superstructure. Vanish scored ‘particularly highly for [its] appearance and interior layout’, which are from the drawing boards of Harrison Eidsgaard Design. The judges also were impressed by ‘the extremely high quality of build seen throughout the yacht’.

Overall, the jury felt, Vanish ‘is not a revolutionary yacht, but one that completely fulfils [its] owner’s requirements, offers delightful interior and exterior spaces, and is guaranteed to turn heads wherever [it] goes’.