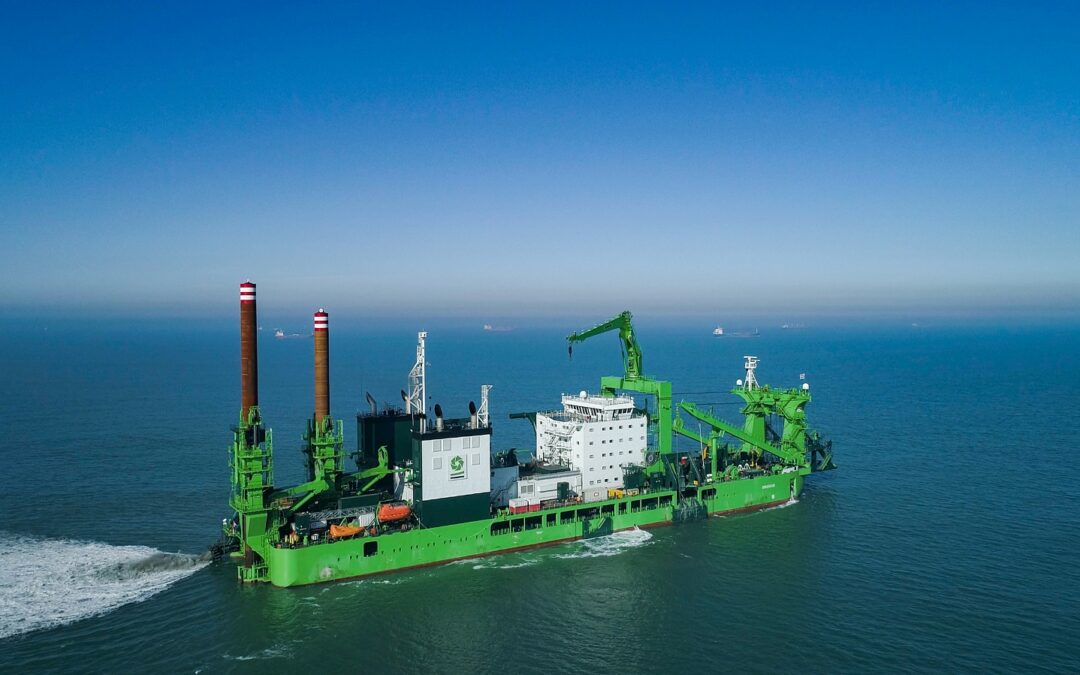 Belgian marine contractor DEME Group has extended its fleet with a new cutter suction dredger named ‘Spartacus’. The vessel, which is being considered the world’s most powerful of its kind, was built by the Dutch shipyard Royal IHC. Its first dredging and land reclamation project will soon start in Egypt.

By delivering the Spartacus giant cutter suction dredger to DEME Group, Royal IHC has officially completed the construction process of the world’s most powerful vessel of its kind. The handover took place last week, on 3 August. The new vessel has four main and two auxiliary engines with a total power of 44,180 kilowatts. They can be powered by three types of fuel: Low Sulphur Heavy Fuel Oil, Marine Diesel Oil and liquefied natural gas (LNG).

Moreover, the Spartacus dredger is equipped with a waste heat recovery system that converts the heat from the engines’ exhaust gases into electrical energy. Its heavy cutter ladder, which was designed for dredging operations at a depth of up to 45 metres, can able to be controlled and operated from the bridge by a single person.

The first dredging and land reclamation project for the Spartacus dredger will take place in Egypt. It is dedicated to the development of the Abu Qir port in the vicinity of Alexandria. This project consists of the reclamation of 1,000 hectares of new land, the deepening of the port’s approach channel to 23 metres and the dredging of a turning basin to 22 metres as well the construction of 6,800 metres of quay walls for new berths, 8,800 metres of breakwaters and soil improvement works.

Over 150 million cubic metres will be dredged during the project. The Abu Qir port project will be carried by DEME Group in a partnership with GIECO, an Egyptian major marine engineering company. After completing the project in 2023, the Abu Qir port will be turned into a large multifunctional port facility.