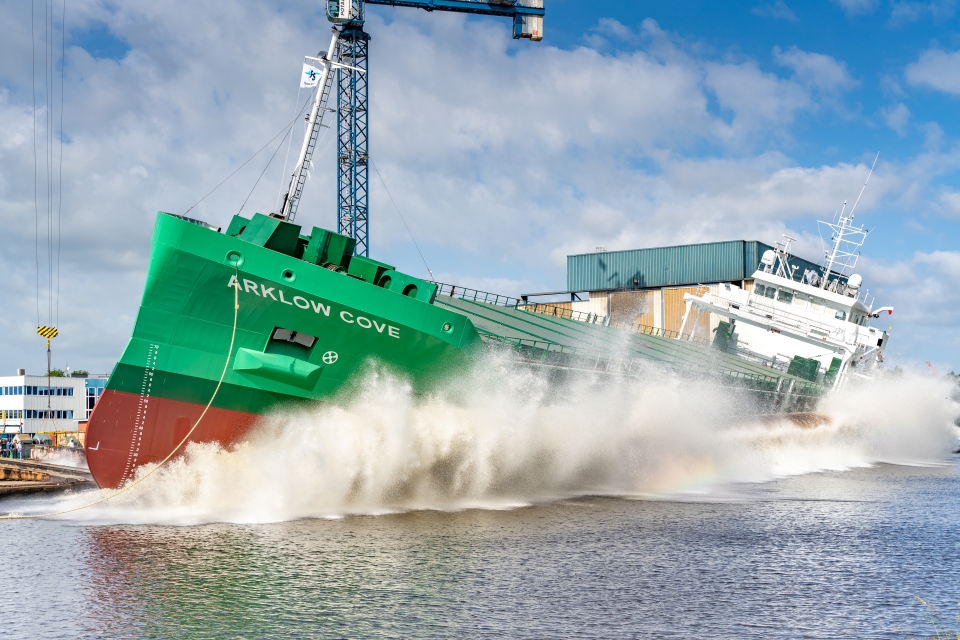 The end of May is traditionally the period that the various national shipbuilding associations announce their results from the previous year. Our editor Gerrit de Boer has compiled a detailed overview of the ships delivered last year with a map that shows where in the Netherlands these were built.

First conclusion of this overview is that the Dutch shipyards were once again fully active in the second year of Covid and delivered a respectable number of ships. And every time, it’s good to see another new ship launched into our canals and rivers.

But for the shipyard managers and their employees, the latest launch is only a brief distraction from concerns about the future. Far more important is the state of the order books, which is far from reassuring. The flow of orders for not only the Dutch, but also the other European competitors over the last two years, suffered a serious decline with shrinking order books as a result.

The Dutch yards still delivered 39 sea-going ships in 2021, but especially our German neighbours, for a long time the biggest shipbuilders in Europe, have slipped into a deep crisis and delivered only twenty ships, albeit far bigger ones than those of the Dutch, but still a seriously low number.

Looking back over a longer period, which the German shipbuilding association VSM did in its latest annual review, the ships delivered by the German shipyards and their newbuilding orders shrank dramatically. These figures are very distressing and the question arises if in ten years’ time, German yards will still exist.

And the state of shipbuilding in the rest of Europe is not much better. So far, Europe lacks and continues to fail in devising an effective approach to tackle unfair competition from China and South Korean shipbuilders.

Extra dissapointing in this context is that at home, the subsidy application for the Maritime Masterplan has been declined. With this plan, the Dutch maritime sector wanted to develop and construct thirty emission-free civilian ships. Implementation of the plan would provide widely available knowledge of and experience with new technologies. This would strengthen the competitiveness of the Dutch maritime sector and make a substantial contribution to the international climate objectives. But the Dutch government apparently has other priorities.

Shipbuilders as well as the editors of SWZ|Maritime have to do all the work themselves. And as such, SWZ’s editorial staff succeeded once again in compiling an interesting June edition with a variety of compelling articles on current topics.

This is editor-in-chief Antoon Oosting’s editorial accompanying the June 2022 issue.

Our digital archive is once again available to subscribers and they can read the digitial version of our May issue there. Subscribers can register here to gain access. Not yet a subscriber? Visit our subscription page.

The articles in SWZ|Maritime’s June issue

In addition to the regular sections such as Dutch news, Markets, Maritime monthly, Global news, Book reviews, news from the KNVTS and Mars Report, the articles (some in Dutch) in the June issue are:

Picture: Despite the overall downturn in EU shipbuilding, shortsea shipbuilding still flourishes. One such vessel currently under construction in the Netherlands is the Arklow Cove, which was launched by Ferus Smit on Saturday, 11 June (photo by Ferus Smit).