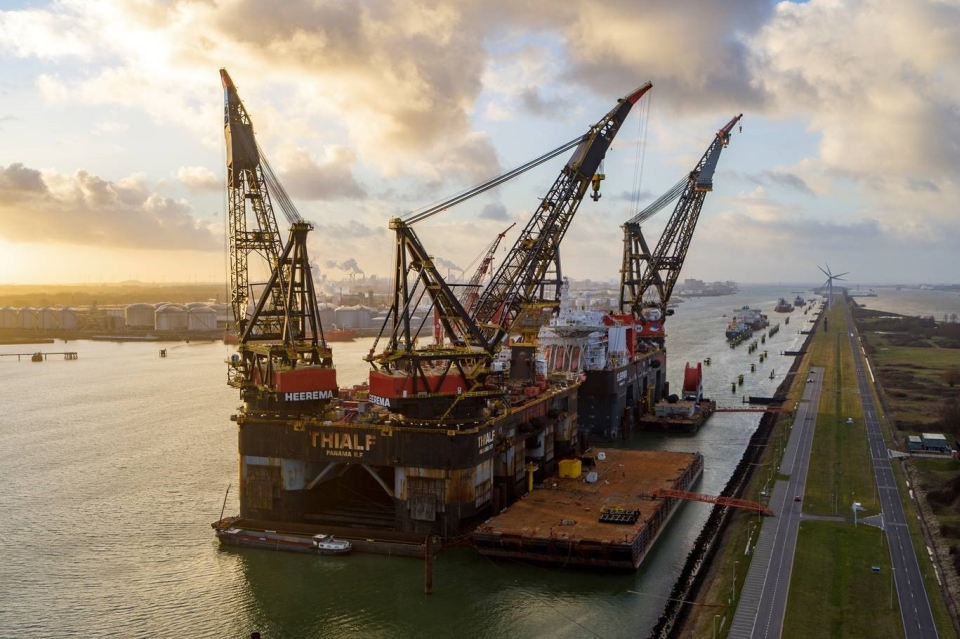 Hope and optimism keep us going, but one can also get lost in it. As with too much optimism people like to forget reality. Long before the 24th of February, simple people like me could see that the so-called “exercise” posed a real threat to peace. Yet, most of us woke up the 24th to a nightmare. This turning point could also clearly be seen in the weekly press bulletin of Netherlands Maritime Technology with regards to shipbuilding.

The edition of the 24th still spread optimism that after two disastrous years of deep loss of newbuilding orders, finally there was some glimmer of hope that our yards could again win some new orders.

The results of the latest Economic Barometer showed that the state of the maritime manufacturing industry had improved in the fourth quarter of 2021. The mood among Dutch maritime manufacturing companies about the future was very positive. On balance, 23 per cent expected market conditions in their maritime market segments to improve in the first quarter of 2022. Yet, the limited availability of materials and shortage of personnel remain challenges.

A week later on the 3rd of March, it became clear that the Russian invasion in Ukraine would also have a huge impact on Dutch shipbuilding. Newbuilt ships can’t be delivered and Damen is losing a large market due to sanctions. Dutch shipowners will probably lose work on Russia’s Arctic coast.

Too much optimism that gets lost in naivety also applies to shipbuilding in the rest of Europe. The EU’s ambitious Fit for 55 Package including a taxonomy that presses companies to choose for greener, more sustainable economic activities, also leads to more regulations, restrictions and higher costs. Extra costs that are very difficult to compensate in competition with Asian shipyards and shipping companies outside of Europe.

The drop of European shipbuilding’s market share over the last two years is disastrous. And once shipyards are closed, it is very difficult to reopen them. See the article of Björn von Ubisch on the European maritime suppliers. Why do European politicians often have to be so naïve about global developments?

Nevertheless, this March edition also offers hope and optimism. For example, the articles of Hans Heynen about Van Oord’s new wind turbine installation vessel, the article by Jaap Huisman on the new mine countermeasure vessels for the Belgian and Dutch navies, and the article of Kees Kuiken about the use of methanol in marine engines. It shows that not naivety, but practical, technological innovations can make the world a better place.

This is editor-in-chief Antoon Oosting’s editorial accompanying the March 2022 issue. Our digital archive is once again available to subscribers and they can read the digitial version of our March issue there. Subscribers can register here to gain access. Not yet a subscriber? Visit our subscription page.

The articles in SWZ|Maritime’s March issue

In addition to the regular sections such as Dutch news, Markets, Maritime monthly, Global news, Book reviews, Mars Report and news from the KNVTS, the articles (some in Dutch) in the March issue are:

Picture: A new milestone has been reached in the Port of Rotterdam with both of Heerema Marine Contractors’ heavy lift vessels Thialf and Sleipnir now successfully connected to shore power (SWZ|Maritime’s March cover picture).