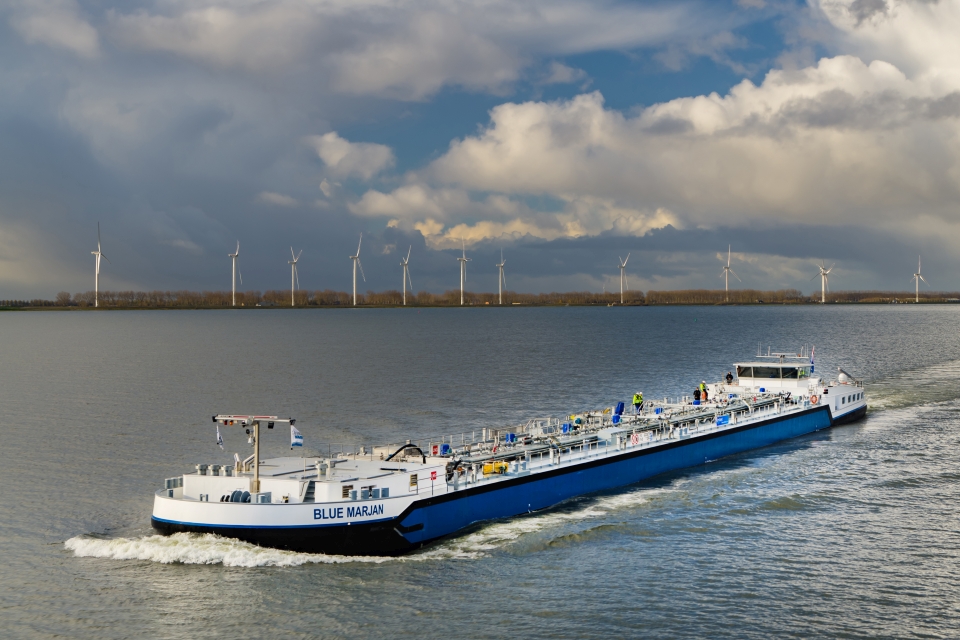 Inland navigation has always been known as the environmentally friendly alternative to road transport, but thanks to increasingly cleaner engines for trucks and shorter depreciation periods, the energy transition is now going faster there than in inland navigation. With a few exceptions, inland navigation still uses diesel almost exclusively in internal combustion engines.

And if politicians and the government have declared war on fossil fuels that threaten the climate, then you as a skipper have a problem. While the large container companies continue to receive millions, inland navigation continues to fight for market share in competition with rail and road transport.

But one thing is certain: inland navigation must also become greener. The only question is which fuel is most suitable – hydrogen, bio-LNG, methanol, whether or not in combination with batteries – and who will pay for this energy transition. In the meantime, there is plenty of experimentation going on with more climate-friendly ships.

A lot is happening in inland navigation

At a major inland shipping conference organised by the Central Commission for the Navigation of the Rhine (CCNR) on 10 and 11 February this year, Bas Joorman, inland shipping product manager at Lloyd’s Register, gave an up-to-date overview of all the projects for hydrogen-powered ships: The conversion of the dry cargo ship MSC Maas, the new 135-metre long dry cargo ship Antonie, the conversion of the tanker Volendam, the new training ship for STC, a new ship for the Port of Amsterdam, the construction of an 86-metre-long bunker ship, a 135-metre-long container ship and the conversion of yet another bunker ship. Quite an impressive list.

But there are many more interesting things happening in the inland shipping sector and who better to report on them than our fellow editor and former Schuttevaer board member Martin van Dijk who was responsible for writing this inland shipping special.

This is editor-in-chief Antoon Oosting’s editorial accompanying the April 2022 issue.

The April issue is now available to subscribers in our Archive. Our apologies to our English-speaking readers for writing this April issue mainly in Dutch. Although the CCNR publishes in French, English, German and Dutch, inland navigation has so many Dutch stakeholders that we address them in their native language. But don’t forget the interesting articles in English.

Our digital archive is once again available to subscribers and they can read the digitial version of our April issue there. Subscribers can register here to gain access. Not yet a subscriber? Visit our subscription page.

The articles in SWZ|Maritime’s April issue

In addition to the regular sections such as Dutch news, Markets, Maritime monthly, Global news, Book reviews, and Mars Report, the articles (some in Dutch) in the April issue are: