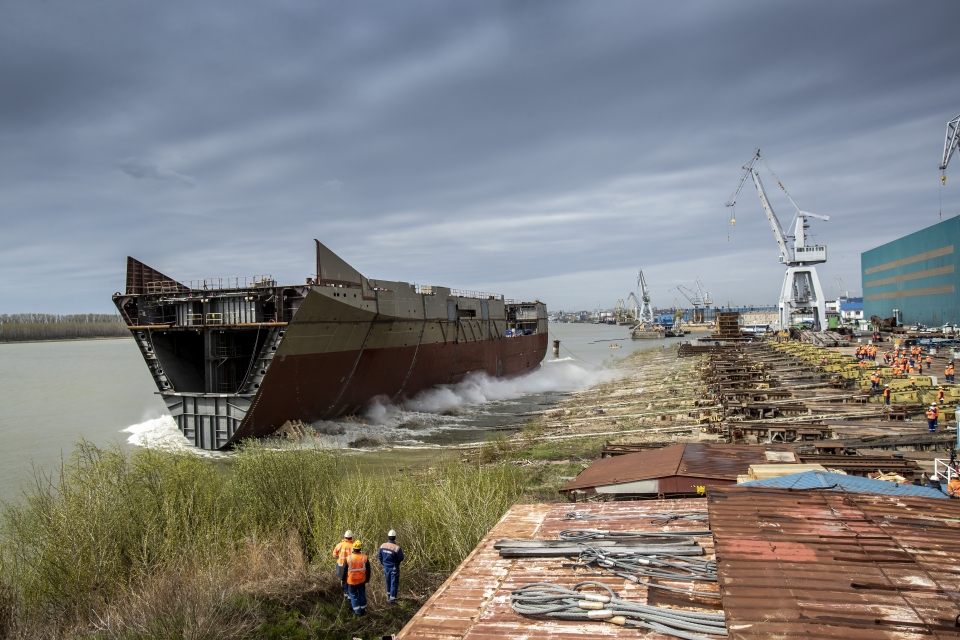 The steel for the hull has been processed into large modules. The launched section consists of two modules welded together. After the launch, the section was towed against the third module in Damen’s dry dock. Watch a video of the launch by Damen Naval below.

The next step is building the final and fourth module against it to complete the hull of this new replenishment ship for The Royal Netherlands Navy. The vessel’s superstructure will also be added in dry dock.

The ship was designed in close collaboration with the Defence Materiel Organisation (DMO) and the Royal Netherlands Navy. It is based on the Joint Support Ship HNLMS Karel Doorman, previously built by Damen Naval.

The nearly 180-metre-long and 26-metre-wide ship will have a 75-person standard crew and can take an additional 85 people on board. In addition to space for fuel and munition to supply other ships, there is room for several helicopters and twenty containers.

First steel cutting took place in December 2020, followed by the keel laying in June 2021. The vessel is scheduled for delivery in 2024. It will enter service in 2025.

Picture by Ministry of Defence.