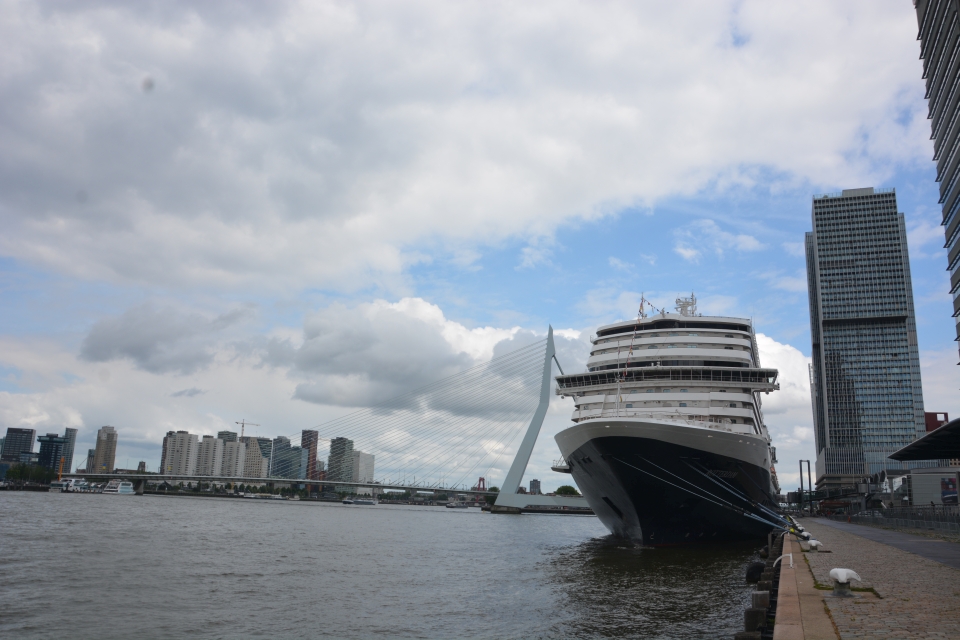 Her Royal Highness Princess Margriet of the Netherlands has christened Holland America Line’s (HAL’s) new cruise ship Rotterdam. The third ship in the Pinnacle class series and the seventh ship to bear the Rotterdam name in HAL’s fleet, will carry 2668 guests.

‘Our heritage is here in the Netherlands and we are very honoured that Her Royal Highness Princess Margriet is once again acting as the sponsor of her fifth Holland America Line ship,’ said Gus Antorcha, president of HAL during the christening in Rotterdam on 30 May. ‘When the Rotterdam was delivered in 2021, we postponed the christening ceremony so we could celebrate in Rotterdam. There is no better place to name a ship than in the city it is named after. After a challenging few years, we are delighted to celebrate this momentous occasion in our company’s history.’

Holland America Line‘s connection with The House of Orange dates back almost a century to Prince Henry launching the Statendam III in 1929. Since that year, members of the Royal Family have christened more than eleven HAL ships, including Princess Margriet who christened the Prinsendam (1972), Nieuw Amsterdam II (1983), Rotterdam VI (1997) and Oosterdam (2003).

The ship was built at Fincantieri’s Marghera shipyard and had already been delivered to the cruise line on 30 July. So far, the Italian shipyard has built seventeen ships for the brand.

The new cruise ship is a sister ship of the Koningsdam and Nieuw Statendam, the Pinnacle class ships delivered in 2016 and 2018 respectively from the same shipyard, and is the fourteenth ship built for this brand by the Marghera shipyard. It is about 99,800 gross tonnes, almost 300 metres long, with accommodation for 2668 passengers in 1340 cabins. Rotterdam is characterised by a modern and contemporary style. Tihany Design and Yran & Storbraaten produced the interior design for all three Pinnacle class ships.

Northern Europe and the Caribbean

The special seven-day “Rotterdam Naming Celebration” cruise from Rotterdam departed on 29 May and sails from Amsterdam, the Netherlands, also calling at Kristiansand, Stavanger and Flåm in Norway. Following the cruise, the ship will continue the season from its home port of Amsterdam with seven- and fourteen-day cruises to Norway, as well as explorations to Scandinavia, Iceland and the British Isles.

On 15 October 1872, HAL’s first ship, Rotterdam I, began its maiden voyage from Rotterdam to New York. Exactly 150 years later, on 15 October 2022, Rotterdam VII will make this historic crossing again, docking in Plymouth, England, New York and Fort Lauderdale, Florida. The ship will then spend the season in the Caribbean and sail from Fort Lauderdale.