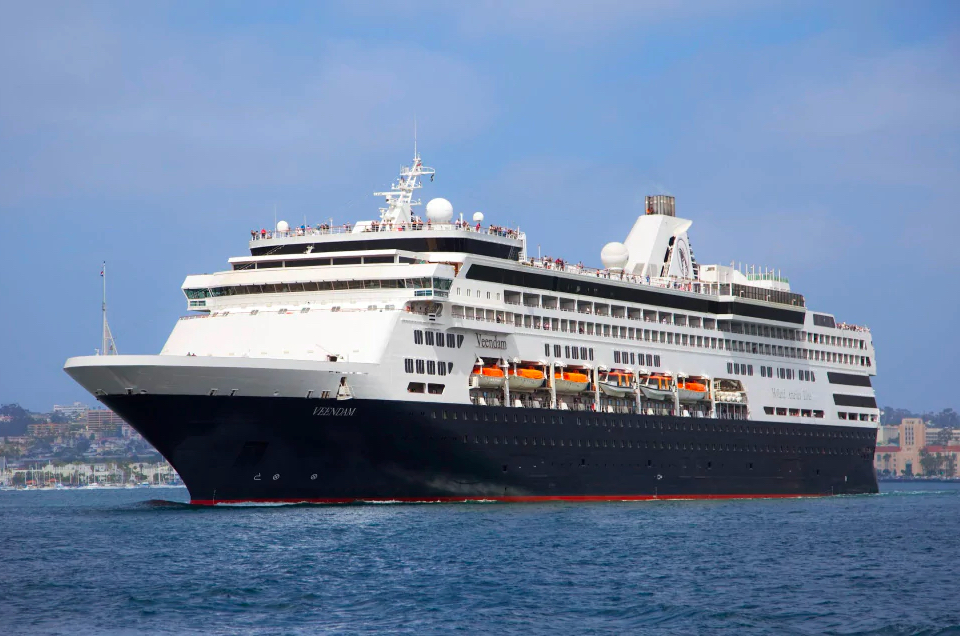 Cruise ships Amsterdam, Maasdam, Rotterdam and Veendam will be leaving the Holland America Line fleet. The ships have been sold in pairs, with the S-Class Maasdam and Veendam transferring to one undisclosed company in August 2020. The R-Class Amsterdam and Rotterdam will move to Fred. Olsen in fall 2020.

Holland America Line (HAL) will cancel cruises for the four ships’ deployments, with some select itineraries being assumed by other ships in the fleet. The 2021 Grand World Voyage aboard Amsterdam will be postponed until 2022 and will now sail aboard Zaandam. The Grand Africa Voyage departing October 10, 2021, aboard Rotterdam will also sail aboard Zaandam on the same dates.

‘It’s always difficult to see any ship leave the fleet, especially those that have a long and storied history with our company,’ says Stein Kruse, CEO of Holland America Group and Carnival UK. ‘However, Holland America Line has a bright future ahead that includes recent Pinnacle-Class additions, with a third sister ship next year that will continue to maintain our overall capacity in the marketplace.’

Maasdam joined the fleet in 1993 as the second of four S-Class ships. Carrying 1258 guests, it is the fourth HAL ship to bear the Maasdam name. Most recently, the 55,575-tonne ship sailed longer South Pacific and Alaska voyages. Veendam, the final S-Class ship, was delivered in 1996. The fourth HAL ship to bear the name Veendam, the 57,092-tonne vessel can carry 1350 guests and operated the line’s Caribbean and longer European itineraries, including British Isles, Baltic, Norway and Mediterranean.. The first ship in the R Class, 61,849-tonne Rotterdam, was introduced in 1997. Carrying 1404 guests, it is the sixth HAL ship to be named Rotterdam. The ship has been sailing Panama Canal, Caribbean, Norway, Baltic and British Isles itineraries. Amsterdam joined the fleet in 2000 as the final of four R-Class ships. Carrying 1380 guests, it is the third HAL ship to be named Amsterdam. Most recently, the 62,735-tonne ship operated the line’s Grand World Voyage. The Covid-19 pandemic has caused cruise shipping to come to a complete standstill after several outbreaks on board ships. Yet, a cautious restart of cruises seems to be on the way. At the end of July, the first cruise ship will set sail again, Genting’s Exporer Dream in Taiwan, to be followed by AIDA in Germany in August.

In the meantime, it is expected multiple cruise companies will try to dispose of vessels and push back delivery dates for new ships as demand for cruises is still at a very low level. Carnival for example, has announced it will dispose of thirteen vessels in total. In a statement, the company also said it expected ‘only five of the nine ships originally scheduled for delivery in fiscal 2020 and fiscal 2021 will be delivered prior to the end of fiscal year 2021’. In addition, the company expects ‘later deliveries of ships originally scheduled for fiscal 2022 and 2023’.