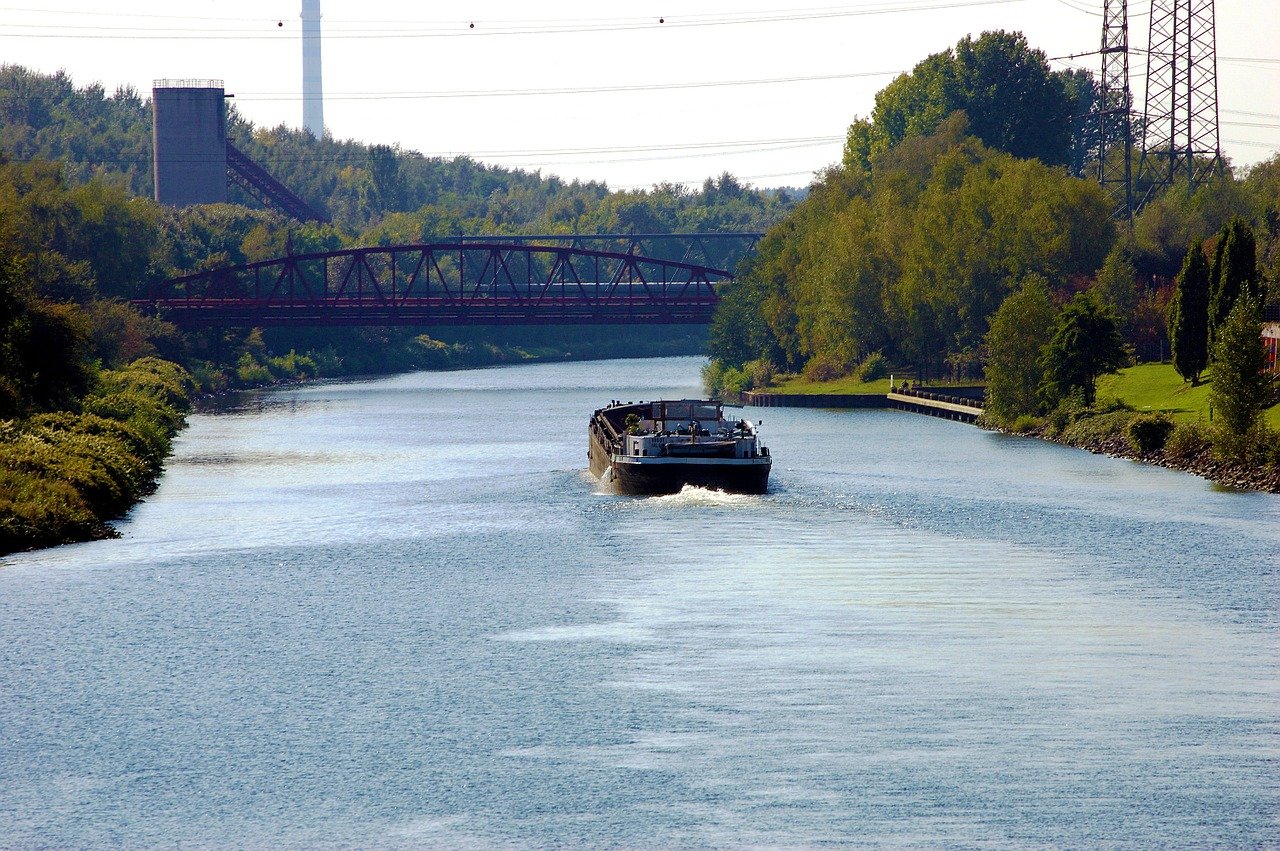 The transition to inland shipping that no longer emits climate-threatening CO2 will require a lot of research into new technical solutions, new fuels and a lot of investment in new and/or converted ships and infrastructure. A statement that inland navigation will be able to sail emission-free in ten years’ time is therefore completely unrealistic, but unfortunately politically and possibly legally relevant. The need to accelerate the greening of inland navigation is therefore even more compelling.

In every issue of SWZ|Maritime, SWZ|Maritime’s editor-in-chief Antoon Oosting writes an opinion piece under the heading “Markets” about the maritime industry or a particular sector within it. In the April 2022 issue, he discusses the energy transition in inland navigation.

Now that, as a result of the war in Ukraine, AdBleu, necessary for diesel-fuelled engines to comply with European emission standards (Euro 4, 5 and 6), has become prohibitively expensive, inland navigation as well as its competitor road transport are facing a huge problem.

However, inland navigation cannot count on political realism and understanding of the special problems of its energy transition in terms of engines and fuels. An example of this is the statement made by Marjan Minnesma of environmental movement Urgenda, who noted in Dutch maritime newspaper Schuttevaer at the end of March that inland shipping must be able to sail emission-free within ten years.

The NGO Urgenda claims to be an organisation for innovation and sustainability that wants to make the Netherlands sustainable more quickly.

Minnesma, who was trained as a business expert, lawyer and philosopher, made a name for herself in 2019 when a ruling in the case she had brought before the Dutch Supreme Court forced the government to reduce emissions of the greenhouse gas CO2 faster (-25 per cent) than planned. This ruling will cost the Dutch state hundreds of millions of euros and, with energy prices rising, perhaps an additional one and a half billion (NRC, 4 April) due to the government’s production restrictions on coal-fired power plants.

Minnesma has now set her sights on other sectors, including inland shipping. According to her, zero-emission shipping is feasible within ten years by investing more in wind and solar energy. This should produce hydrogen and ammonia, which would allow inland vessels to sail emissions free. She feels that achieving emission-free sailing by 2050 is too late. According to her, inland navigation operators should start thinking now about how they can achieve zero-emission operation in ten years’ time.

Minnesma’s statements in Schuttevaer were a reaction to the “Roadmap for reducing inland navigation emissions” recently published by the CCNR (Central Commission for the Navigation of the Rhine). It is clear that inland navigation needs to become more sustainable. In 2018, the transport ministers of the Rhine countries already laid this down in the Mannheim Declaration and commissioned the CCNR to draw up a roadmap. In it, the CCNR assumes that inland navigation must reduce emissions of climate-threatening gases (including CO2) by 35 per cent by 2035 compared to 2015 and must be able to be emission-free by 2050.

Another major point of criticism by Minnesma is that the CCNR, in its roadmap, uses a tank-to-wake (TTW) approach to calculate emissions. This approach only takes into account emissions at the point of consumption and not the emissions released during the manufacture of the fuel. This, she says, gives a distorted picture of the emissions.

According to the authors of the Roadmap, the TTW approach is indeed only an interim solution until a well-to-wake (WTW) approach is available for the relevant energy carriers. The CCNR also recognises that the TTW approach may be too optimistic. For the production of hydrogen, for example, this can now be done almost exclusively via electrolysis, which consumes a lot of electricity generated with fossil fuels. The plans for producing hydrogen from wind energy in an offshore plant, for example, have yet to materialise.

The CCNR is also clear about the energy transition in inland navigation: ‘It is clear that far-reaching reduction of both greenhouse gases and air pollutants from inland navigation by 2050 is no longer an option, but a necessity if inland navigation is to maintain and strengthen its position as a competitive, sustainable and environmentally friendly mode of transport.

The Roadmap outlines two transition paths for the fleet. A more conservative pathway based on technologies that have already proven themselves and are cost-effective in the short term, but which involve uncertainties about the availability of certain raw materials, and a more innovative pathway.

The former includes biodiesel and liquid biomethane (or bio-LNG). Together with limited use of modern technologies such as fuel cells and batteries, this should be sufficient to meet the 2035 targets.

The more innovative path will involve technologies that are still in their infancy, but which are promising in the longer term. This includes large-scale electrification with batteries and/or hydrogen or methanol, whether or not in fuel cells, because zero emissions can be achieved with these.

However, the more comprehensive WTW approach would also require a study of how sustainable the production of alternative energy carriers is. Moreover, emissions are related to other aspects of the ship and propulsion life cycle, such as construction, maintenance and scrapping of the ship.

No one size fits all

All in all, this is very complex and can hinder the development of sustainable technologies in the short term. Later on, it may still be possible to switch to WTW. An important conclusion is that there is no technological one-size-fits-all solution for all ships and sailing profiles. To realise the energy transition, a technology-neutral approach must therefore be sought.

In the two transition paths, the CCNR also outlines a future picture of the fuels on which different types of vessels are expected to sail. For vessels requiring a lot of power such as pusher tugs, the CCNR expects, in the conservative route, that this will mainly be biodiesel and bio-methane or bio-LNG. Dry cargo vessels will mainly run on biodiesel or bio-methane (or bio-LNG) combined with methanol, hydrogen and batteries. Batteries will mainly appear in ferries and day-trip ships. The CCNR expects the use of hydrogen on a larger scale especially in large river cruise ships.

In the more innovative route, which thus depends on substantial public investment in research and development, the CCNR foresees the application of combinations of the use of hydrogen and methanol, injected directly into modified combustion engines or from fuel cells, on a much larger scale by 2050. Only for the most powerful pusher craft (>2000 kW) will biodiesel and bio-methane or bio-LNG remain the most suitable fuels.

Meanwhile, the question remains who will pay for the energy transition. For the conservative transition route, the CCNR estimates the costs at € 2.43 to 6.38 billion. The CCNR puts the cost of the innovative transition at € 5.26 to 10.19 billion, depending on inflation. These are sums that the inland navigation sector alone cannot muster.

SWZ|Maritime’s April 2022 inland navigation special is available to subscribers in our digital archive. Not yet a subscriber? Please visit our subscriptions page.