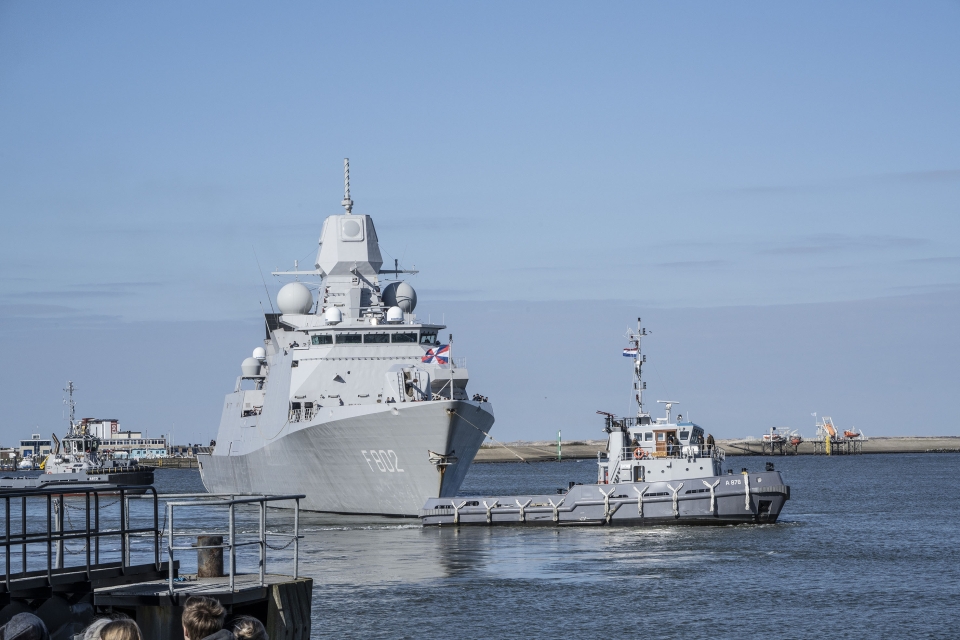 The Dutch frigate HNLMS De Zeven Provinciën has lost some 4000 litres of lubricating oil in the Baltic Sea and other places over the past month. This happened during its deployment for the Standing NATO Maritime Group 1 (SNMG1).

The oil leaked out in small doses in phases and was therefore not immediately noticed. The crew only noticed when a significant amount had leaked out. The leak was then found and plugged. The cause of the leak is as yet unknown.

The air defence and command frigate HNLMS De Zeven Provinciën is the flagship of the fast reaction force SNMG1. The Netherlands is in command of the maritime task force throughout 2022. The command is in the hands of Commander Ad van de Sande.

The frigate is now in Lisbon for a port visit, reports the Dutch Ministry of Defence.

This multinational, integrated force is continuously available to perform tasks ranging from participating to exercises to conducting NATO missions. The forces are part of the maritime component of the NATO Response Force.

The NATO Response Force has existed since 2003, but was activated for the first time this year due to the Russian invasion of Ukraine for the collective defence of the alliance.